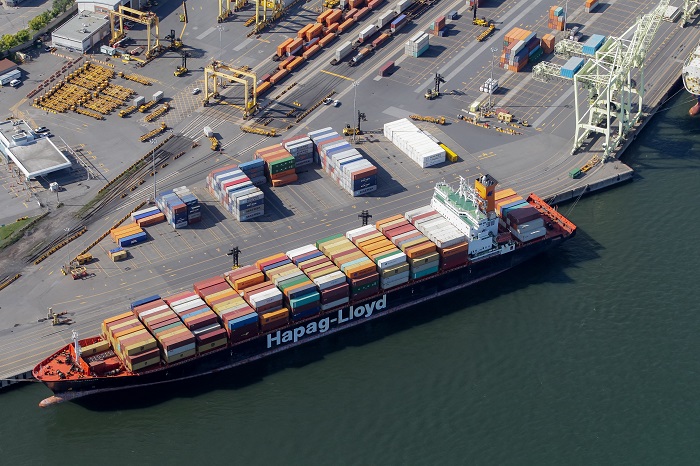 Shippers that view Montreal as a quick and direct way to move cargo in and out of Canada, and perhaps connect to the United States, can rest easier regarding their assessment; a pilot program that extended gates by 4.5 hours appears to have diminished congestion inside the port. (Above: The Port of Montreal.) Photo credit: Shutterstock.com.

Turn times at the Port of Montreal have dropped even as cargo volumes increased 8 percent this year, after terminal operators extended gate opening hours by 55 percent — to a 13-hour day — in a temporary pilot project designed to combat congestion that could now be extended to a year.

For shippers and forwarders, the improvement should be noticeable. The average time over the last three weeks for a truck to enter the port, go into a terminal, pick up or drop off a container, and depart, has been between 34 minutes and 52 minutes, said Tony Boemi, vice president of growth and development at the Montreal Port Authority. That compares with wait times that truckers said could be two hours or more after congestion problems emerged at the end of 2017, due to factors including a rise in cargo volumes, a lack of rail cars coming to the port, the impact of bad weather, and vessel bunching.

At present, “nobody surpasses the hour, that’s pretty clear,” said Boemi, vice president of growth and development at the Montreal Port Authority, adding that complaints about congestion have dropped too. “I don’t get those phone calls every day like I used to.”

“There are discussions going on now about extending that to a full year,” and even making it permanent, Boemi said, regarding the gate extension program.

The improvement comes at a key moment for the port, which is seeking to position itself to shippers as an efficient, well-placed portal through which they can smoothly send cargo to reach a large chunk of Canada’s population, and connect to the US Midwest. Maersk Line Wednesday announced a new weekly route tying Canada to Europe beginning in July, for which Montreal will be a “strategic gateway.”

The port also could face pressure in the future from a proposed C$400-million ($311-million) container terminal planned by the Port of Quebec, which could handle mega-ships in the 8,000- to 10,000-TEU range, far larger than the maximum 5,000-TEU vessels that Montreal can handle. Quebec is looking to bring the new port online within three years.

Montreal’s four main terminals agreed to extend their gate hours four weeks ago — mostly to close at 7 p.m. rather than the previous opening hours of 6 a.m. to 2.30 p.m. — after the port experienced sustained congestion since the end of last year.

Michael Fratianni, president and CEO of Montreal Gateway Terminals Partnership, which operates the Cast and Racine terminals, said turn times at the terminals were back to normal, leaving the problems behind.

“Although early in the process, the extended gate pilot project is showing encouraging results,” Fratianni said, adding that “more than likely the participation rate for visits during off peak periods will improve with time.”
Still, he said, “the industry appreciates that the terminal alone cannot fully absorb the important costs associated with extending gate hours for a protracted period of time.”
Julien Dubreuil, general manager of Termont Montréal Inc., said the preliminary results of the gate extension will be reviewed at a meeting of port stakeholders on June 6. “We can say for now that we are seeing less periods of peak activity at the gate,” he said, adding that he has not heard discussions about extending the pilot.

Truckers said that during the worst times, congestion turns could take several hours, and some companies began charging a fee to compensate for the extra-long wait in line. Port officials cited a variety of factors for the delays, including the surge in cargo volume passing through the port.

Truck traffic into the port has also increased in recent years with a surge in imports from Asia — they now account for 25 percent of the port’s business — that leave the port by truck to serve the local population, and have boosted the proportion of port business that is handled by truck, port officials say.

The terminal owners, after meetings with port and trucking representatives, agreed at the end of April to extend the gate hours for a five-week pilot program, from May 14 to June 22, during which the impact would be studied. The terminals adopted the longer hours immediately, and truckers say the shift has made a significant impact.

“So far, so good,” said Corey Darbyson, director of Transport Dsquare. “We’re getting the desired results.” He said that the port will need to study its cargo volumes over the pilot period to ensure that the improved turn times are not the result of lower volumes, but the current figures do not show that to be the case.

“Overall, on a daily basis, delays have gone down,” said Rocky Singh, manager of safety and compliance at Zac Tranz Group. “The extension of gate hours until 1900 [7 p.m.] has certainly helped the majority of carriers.