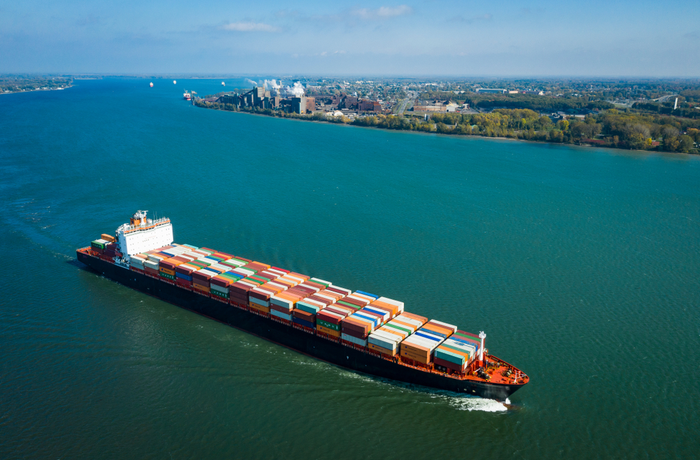 A container vessel nears the Port of Montreal via the Saint Lawrence River. Photo credit: Shutterstock.com.

Montreal longshore workers will strike for 40 hours at two marine terminals starting Thursday afternoon, a move employers say came as a surprise and now forces them to “consider possible options” other than focusing on agreeing to a contract.

The Maritime Employers Association (MEA) on Tuesday said it had received a 72-hour strike notice from Canadian Union of Public Employees (CUPE) Local 375 informing them of the pending job action beginning 3 p.m. Thursday and lasting until 7 p.m. Saturday. The strike will target the Racine and Cast terminals operated by the Montreal Gateway Terminals Partnership (MGTP) facilities.

The Gateway marine terminals are served by CMA CGM, Cosco Shipping/OOCL, Hapag-Lloyd, and Maersk Line. Gateway was not immediately available for comment.

The strike notice does not include the port’s third container terminal, Termont, which is served by Mediterranean Shipping Co.

The Montreal longshore union’s decision to strike comes just a month after the Canada Industrial Relations Board ruled on whether Montreal longshore workers provided an essential service or not. The board on June 8 said employers had not demonstrated that a strike would cause enough risk to public safety and security, thus making them ineligible to be considered a so-called essential service. In explaining its ruling, the board pointed to alternative routings and modes for cargo transport to the Montreal region if longshore workers did strike.

In voicing its disappointment of pressure tactics, MEA said in a statement that it wants to focus on agreeing to a new contract, considering the existing contract expired Dec. 31, 2018. But MEA said the strike warning “now forces the association to consider possible options.” Employers didn’t expand on what other options they were considering.

Talks at the port have been contentious in the past. The union rank and file in July 2010 authorized a strike after 18 months of negotiations to renew the 2005 agreement. Two days later, the employers locked out longshore workers for several days, prompting some ocean carriers to divert ships to the Port of Halifax.