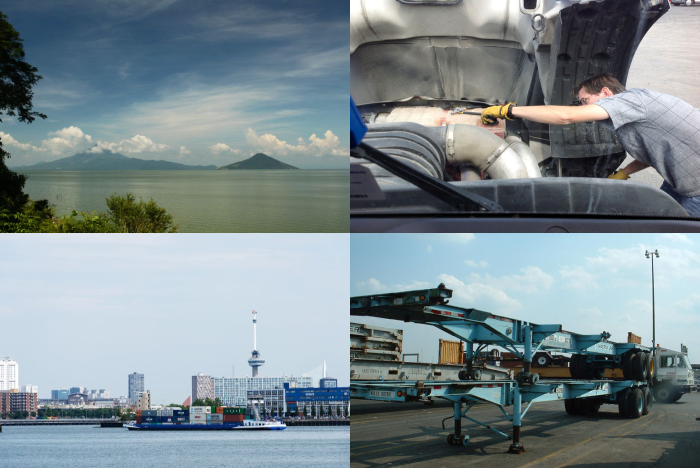 The contract negotiations between the International Longshore and Warehouse Union and the Pacific Maritime Association were on recess, but other port-related issues were in focus. Port Metro Vancouver’s penalty system for terminals is cutting truck turn times and drawing attention from other North American ports struggling with drayage challenges. And congestion seen earlier this year at Rotterdam has continued, prompting diversions and surcharges, and the congestion is spreading to other ports in the North Europe range. Finally, practical or a pipedream? Editor-at-large Peter Leach takes a look at the planned Nicaraguan canal.

Despite lack of contract, ILWU talks have been remarkably smooth — so far

Diversions creating delays in shipments from Asia to US East Coast 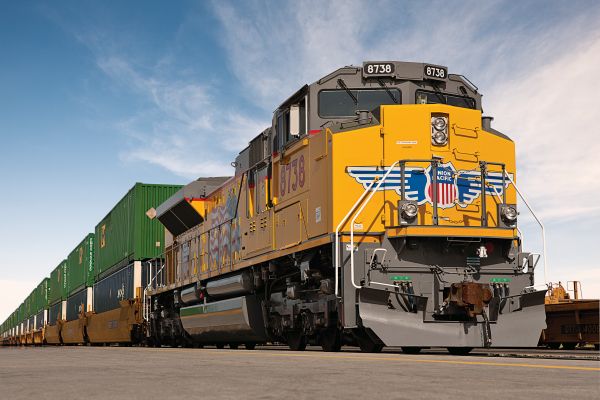 Union Pacific management hopes that the company’s grab of rail business from its main competitor, BNSF, will translate into more long-term business for UP in the future. Read more. 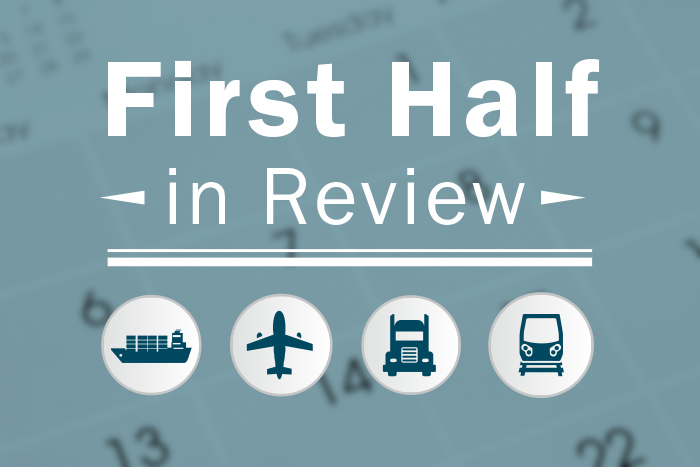 The first half of 2014 saw the start of several stories that JOC.com will most likely be covering for the next year and perhaps beyond. These industry-changing events hit all transportation modes, and are setting the stage for an interesting second half. This slideshow reviews stories that helped define the first half.

20 years ago in JOC: The Port of Singapore Authority said it would boost container capacity by converting two general cargo berths into container facilities. The port had handled 9 million TEUs in 1993. The world’s busiest transshipment hub, the port in 2012 handled 31.26 million TEUs, coming in second among global container ports.

Top source countries for U.S. waterborne containerized imports of apparel in the first half of 2014.
Full-size chart

10 years ago in JOC: A trade deal between the United States and Vietnam was extended and revised, allowing for the entry of more Vietnamese apparel into the United States. In the first half of 2014, Vietnam’s share of U.S. waterborne containerized imports of apparel rose to 12 percent, according to PIERS, the data division of JOC Group Inc.

5 years ago in JOC: Transportation industry analysts warned that struggling YRC Worldwide could run out of cash in just three months. Times seem to have changed for the motor carrier. Though it posted a loss once again in the second quarter of 2014, over the past year it has secured a $1.1 billion refinancing deal and a new five-year contract, including extended wage concessions, from the Teamsters union.

1 year ago in JOC: Senior editor Bill Mongelluzzo reported on the decline in single-user terminals, as seen in changes at the Port of Oakland.

Contract talks between the ILWU and the PMA resume on Monday; our up-to-date coverage can be found on our ILWU Labor Negotiations page. And we continue our new series of First Half in Review stories with a look at U.S. industrial real estate trends.

Vancouver to start phasing out aging trucks from mid-September

How to Improve OTIF: 15 Tips for On Time and In Full Delivery
END_OF_DOCUMENT_TOKEN_TO_BE_REPLACED