Pipeline protests in Canada causing delays at BC ports

Pipeline protests in Canada causing delays at BC ports 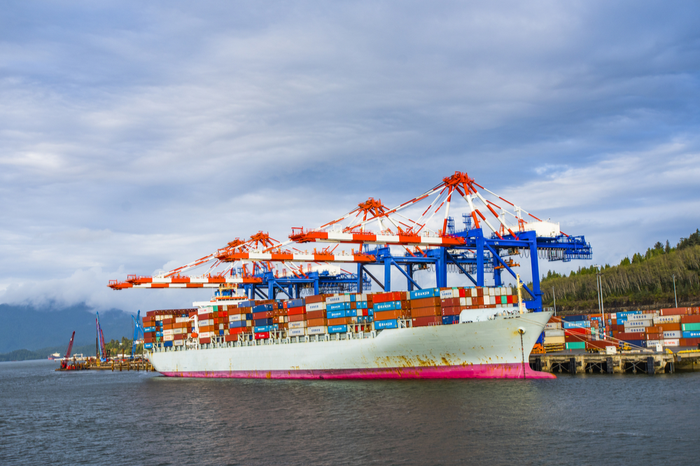 Prince Rupert, which is served by Canadian National Railway, reported Wednesday that rail container dwell times had risen to about 4.5 days due to protests by First Nations peoples. Photo credit: Shutterstock.com.

Container dwell times are increasing at the ports of Vancouver and Prince Rupert as the impact of First Nations demonstrations and blockades along the Canadian National Railway lines in the interior are causing delays that have backed up to Canada’s Pacific Coast ports.

In a release Tuesday, CN noted that although the demonstrations “are unrelated to CN’s activities,” the railroad’s operations from Ontario to the Pacific Coast have been interrupted and “hundreds of trains have been cancelled” during the five days of protests. The railroad also said that it “will be forced to shut significant parts of its Canadian network imminently unless the blockades on its rail lines are removed.” The First Nations are protesting a proposed oil pipeline project in Canada.

Prince Rupert, which is served only by CN, reported Wednesday that rail container dwell times were approximately 4.5 days. Prince Rupert this past year had consistently maintained average dwell times of less than three days, an indicator of fluid conditions at marine terminals.

Trucking interests on Monday spoke optimistically about gate conditions in Vancouver after protestors in the harbor area were served with a court injunction and were escorted from the terminal gates.

Dave Earle, president of the British Columbia Trucking Association, said Wednesday that although there were no demonstrators at the Port of Vancouver, demonstrators were targeting some key thoroughfares in the city. Truckers expressed “mounting concern” that roadway interruptions in the city could compound congestion at the marine terminals caused by the increasing rail container dwell times, Earle said.

A spokesperson for GCT Canada, which operates Deltaport, the largest container terminal in Vancouver, and Vanterm, said Wednesday cargo-handling operations and truck flow are continuing despite the disruptions.

“As of now, operations at GCT Vanterm and Deltaport continue with limited disruption due to local blockades, and we can maintain cargo velocity through the capacity of the semi-automated rail yard,” the spokesperson said.

However, CN stated that its mainline operations from British Columbia through Ontario and down to Chicago and the Midwest will be compromised if demonstrations and blockades continue much longer.

“The impact is also being felt beyond Canada’s borders and is harming the country’s reputation as a stable and viable supply chain partner,” CN stated in a press release. In addition to serving Canada, CN operates intermodal service from Prince Rupert to Chicago and on to Memphis, New Orleans, and Mobile. Intermodal trains transporting perishable goods, grains, construction materials, and other commodities throughout Canada and into the United States have been canceled, CN stated.