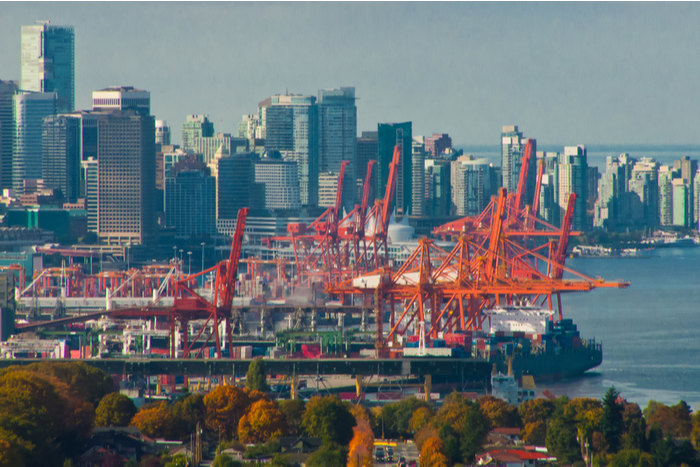 Container volumes at North America’s Pacific Northwest ports are declining this year owing primarily to the drop in consumer demand caused by COVID-19 pandemic, but port managers expect some improvement in the second half of the year.

Laden imports and exports at the Northwest Seaport Alliance (NWSA) of Seattle and Tacoma declined 15.2 percent in the first five months of 2020, according to PIERS, a sister product of JOC.com within IHS Markit. The combined total volumes at the British Columbia ports of Vancouver and Prince Rupert were down 6.5 percent during that period, according to their respective port authorities.

John Wolfe, CEO of the NWSA, told a port webcast Friday that the past six months have been especially challenging because of the COVID-19. The two-year-old US–China trade war has accelerated the shift of US retailers’ sourcing from China to Southeast Asia, where East Coast ports have an advantage over the Pacific Northwest ports in attracting liner services, he said.

The second half of the year is still difficult to predict because of uncertainties surrounding consumer demand with COVID-19 cases rising and falling at different rates across the US, but the NWSA has seen an uptick in volumes in July, Wolfe said. Carriers blanked 55 sailings to Seattle-Tacoma through June to match capacity with flagging demand, but carriers have announced only seven canceled sailings through September, which is a good sign for import volumes this fall, he said.

At the Port of Vancouver, laden imports and exports from January through May declined 6.5 percent to 1.1 million TEU from the same period last year, according to port authority data. A spokesperson told JOC.com volumes were negatively affected by interruptions to intermodal rail service at Canada’s largest port owing to protest activities by First Nations demonstrators along rail lines, as well as 52 blank sailings tied to COVID-19. Carriers have planned only four additional blank sailings beyond June, and all were scheduled for July, the spokesperson said.

“With local economies starting to reopen across Canada, demand for imports is increasing. We have seen improvements in Q2 volumes compared with Q1, and are cautiously optimistic that we could see a recovery to 2019 levels in the short term,” the Vancouver port authority spokesperson said.

Prince Rupert is also seeing a recovery in Canadian imports and exports in July, which indicates the third quarter should see improvement, Brian Friesen, vice-president of trade development and communications, told JOC.com. Canada generates about one-third of Prince Rupert’s container volume, the Chicago area about one-third, and the Memphis-to-New Orleans corridor about one-third, he said.

Vancouver is aggressively pursuing US import and export cargoes. According to a study by Mercator International, US cargo accounted for 27.4 percent of Vancouver’s imports and exports in 2018, up from 23.7 percent in 2015.

Marine terminal expansion projects will likely be the main area of competition in the next few years as Seattle-Tacoma and the Canadian gateways seek to expand their shares of US imports and exports when trade growth returns to normal.

Both Vancouver and Prince Rupert in 2019 were operating at 80 percent utilization or higher. Cliff Stewart, Vancouver’s vice-president of infrastructure, told JOC.com last year before COVID-19 depressed consumer demand in North America that Vancouver was at 85 percent utilization.

A rule of thumb in the industry is that service degradation occurs when terminals operate beyond 80 percent utilization. Since volumes at the Canadian ports were down only about 6.5 percent in January through May, they are looking ahead to the next two years when volumes return to historical mid-single-digit growth and additional terminal capacity will be required. By comparison, the NWSA last year was operating at about 60 percent capacity, Wolfe told JOC.com in an interview earlier this year.

With capacity still a concern when cargo volumes resume their pre-COVID-19 pace, the Port of Vancouver is expanding the Centerm on both its west and east sides, increasing the terminal’s land footprint by 15 percent. Coupled with on-terminal upgrades, the project will increase Centerm’s annual throughput capacity to 1.5 million TEU from 900,000 TEU at present, the port said.

Prince Rupert on Friday received the regulatory approvals necessary for an expansion of DP World’s Fairview container terminal. Phase one, scheduled for completion in late 2021 to early 2022, will increase annual throughput capacity to 1.6 million TEU from 1.35 million TEU at present. Phase two, scheduled for completion in late 2022, will further increase capacity to 1.8 million TEU, Friesen said. The project includes expansion of the container yard, additional on-dock rail capacity, and the purchase of an eighth gantry crane.

Vancouver and Prince Rupert are also planning on constructing new container terminals, each with a capacity of 2 million TEU, although those projects are scheduled for delivery in the late 2020s.

Meanwhile, Seattle’s 172-acre Terminal 5 (T-5) is undergoing a $300 million reconstruction that will include modernization of the facility, deepening of the berths to 57 feet, the addition of super post-Panamax cranes, and improvements to the on-dock rail yard. Phase one of the expansion is scheduled for completion in 2021 and phase two in 2023. In order to improve access to T-5, the port is moving forward with improvements to and eventually the possible replacement of the West Seattle High Rise Bridge, Wolfe said.

The Pacific Northwest gateways are also engaged in efforts to attract more export cargoes. If they are successful, the import-dependent ports will not only increase total cargo volumes, but a more balanced cargo flow will make the region more attractive to ocean carriers, which seek to increase revenues on both the headhaul and backhaul lanes.

Prince Rupert is in the midst of the environmental review process for construction of an export transloading facility that will receive bulk agricultural commodities, forest products, and resins by rail. The commodities will be transloaded at the facility into empty containers for export to Asia.

Friesen said the facility, which will have an annual capacity of 400,000 TEU, “will be a game-changer for our exports”.

The NWSA for the past year has been working with the western railroads and exporters in the Midwest to arrange container matchbacks. In a matchback arrangement, inbound containers that are unloaded in import hubs such as Chicago and Minneapolis are turned over to exporters in those regions to be refilled with agricultural exports, Wolfe said.