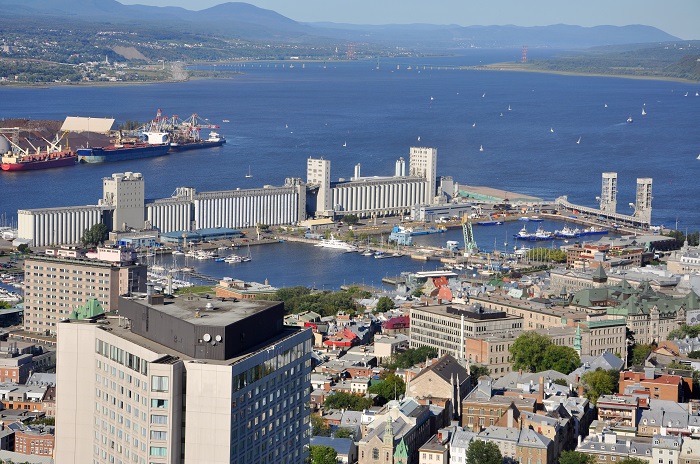 The planned Quebec terminal will be part of the Beauport 2020 expansion effort and help the port capitalize on its proximity to 40 percent of US manufacturing capacity. Photo credit: Shutterstock.

The Quebec Port Authority Tuesday said it will build a container terminal in order to maintain the competitiveness of St. Lawrence ports against their US rivals in the era of bigger ships, following the opening of the larger locks of the Panama Canal.

The port cited its depth of 15 meters (49 feet) as a major factor in the decision, as that depth is suitable for the largest container ships in service — such as the 20,000 TEU ships — and is four meters greater than Montreal, farther down the St. Lawrence River. The planned terminal would join a crowded field of eastern Canadian ports with container services: Halifax, Montreal, and Saint John.

In addition, Ports America is seeking container services for a planned terminal at Sydney, and Melford, 200 miles across Cape Breton Island, has been trying for several years to attract investors for a proposed container terminal.

The planned Quebec terminal will be part of the Beauport 2020 expansion effort and help the port capitalize on its proximity to 40 percent of US manufacturing capacity, the port authority said. The $400 million expansion will extend the port’s wharf line by 610 meters, link up with existing road and rail networks, and include a 17 hectare container yard.

Container traffic at Quebec is nearly non-existent at the moment, and the port authority does not publish its TEU throughput. Total traffic at Montreal, which opened a new 450,000 TEU terminal in late 2016, has risen 6.8 percent year over year through October to 1.3 million TEU. Total growth at Halifax jumped 21 percent to 208,793 TEU through the first three quarters. Traffic at Saint John in the first half, the latest data available, plummeted 50 percent to 22,514 TEU.

Montreal has a total annual capacity of 2.1 million TEU, and Halifax has space for 1.5 million TEU. Quebec did not provide any TEU capacity information in its announcement of the terminal or a timeline for construction.

In terms of total trade, Montreal was No. 12 on JOC’s ranking of 2016’s Top 25 North American Container Ports, and Halifax was No. 22 and the third-fastest growing on the list.