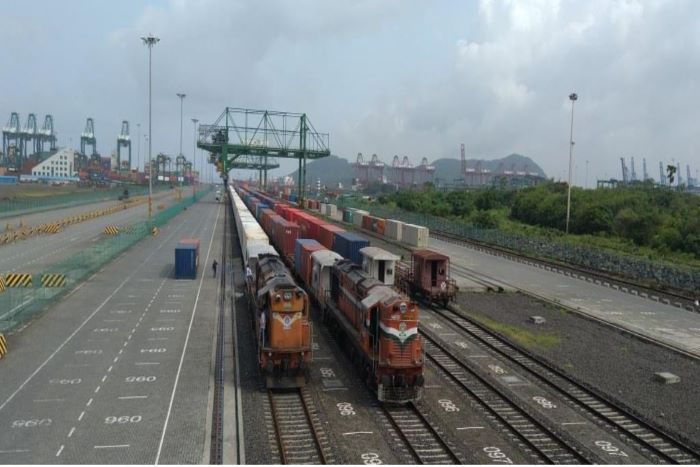 Rail pricing by terminal stakeholders at India’s Jawaharlal Nehru Port Trust (JNPT) has become the latest target for government scrutiny as officials continue to look at where they can streamline and tighten logistics costs.

At issue now is an avalanche of extra charges that JNPT terminal operators apply on inter-terminal rail services and import cargo cleared under the direct port delivery program (DPD).

Heeding calls from Container Corporation of India (Concor) and other private rail operators, Indian transport leaders who have been addressing supply chain woes recently held a meeting with JNPT and rail agencies to seek more clarity on terminal charges. The joint review found most charges toward rail services unreasonable and inconsistent with established guidelines.

Three cost elements came under scrutiny. In addition to a flat fee of Rs. 400 ($5.60) per TEU toward inter-terminal rail handling operations (ITRHO), some terminals were found collecting additional charges — pegged at about Rs. 1,450 per TEU — for ITRHO services, whereas it was also noted shippers moving DPD containers by rail have had to incur heavy extra costs, between Rs. 1,800 and Rs. 2,700 per TEU and up to Rs. 4,100 per FEU.

Although the ITRHO model involves logistics complexities, it helps the port and rail operators turn around trains at a quicker pace because of cargo aggregation and distribution at a common on-dock yard for multiple terminals.

Officials dismissed the reasoning cited by JNPT stakeholders for such charges as insufficient and said all “additionals” should be discontinued to make logistics costs more competitive — a key government goal.

Officials particularly highlighted the rationale behind DPD, under which importers are able to clear their cargo directly from the wharf within 48 hours of landing at the port, rather than wheeling the container into an off-site container freight station (CFS) that typically leads to extra ground rent and delays.

Extra terminal costs on rail handling and DPD movement have long been a controversial topic for JNPT stakeholders. In an effort to rein in such skewed, arbitrary practices, the port earlier reached out to the Tariff Authority for Major Ports (TAMP), the country’s port regulator, and secured its approval for DPD tariff standardization across the terminals. JNPT previously also won TAMP's nod for uniform rail and truck handling rates to neutralize the “competitive edge” long enjoyed by road haulers.

But those interventions were not enough, as terminals continued to apply varied rates, causing further shipper frustration over their ability to minimize costs. It remains to be seen how the latest government action will play out.

Customs authorities have also been looking into shipper complaints regarding various terminal charges at JNPT.  On the plus side, the port has seen an uptick in inland container depot (ICD) movement in recent months following the Aug. 1 implementation of a broader, collaborative rail arrangement that put an end to previous prolonged intra-port rail disputes.

DPD offers distinct cost advantages and has gained steady traction in shipper participation since its wider launch in early 2016. However, much of its efficiency gains are caught up in the traditional clearance woes. Although the port has been able to convert close to 50 percent of its laden imports into DPD, there is still a considerable propensity for shippers to store their goods longer at port-side yards after clearance, thereby jeopardizing the government’s broader port dwell time improvement program.

Port data collected by JOC.com shows out of a total 48,693 TEU of DPD bookings handled by JNPT last month, as much as 40,264 TEU were moved out to off-site CFSs after being declared “out-of-charge.” November DPD containers directly transported to designated delivery points stood at just 7,052 TEU.

The crackdown on JNPT rail costs complements other government regulations in the works, including a standard operating procedure (SOP) intended to bring uniformity to terminal handling charges (THC) that the shipper pays along with ocean freight.

JNPT handles the bulk of India’s containerized freight and, as such, government-level interventions to fix shipper concerns have been more pronounced there.