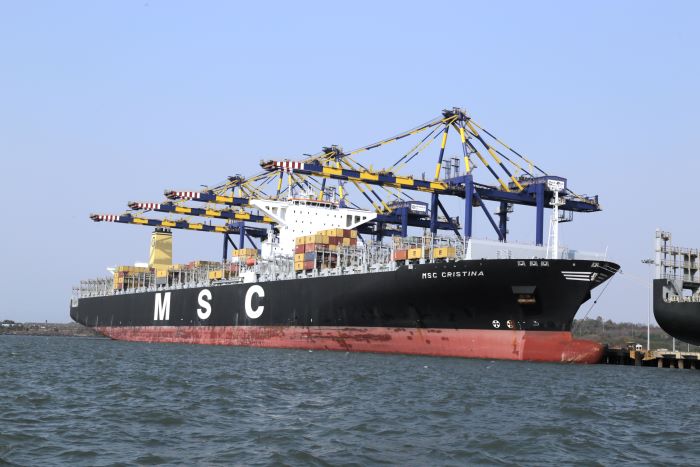 In a strongly worded response that reflects a dogged unwillingness to negotiate over transparency into shipping costs, Indian officials have asked container lines to return any charges they had improperly collected from shippers in defiance of recent customs reforms meant to regulate terminal handling charges (THC).

The reprimand comes after carriers, under the aegis of the Container Shipping Lines Association (CSLA), approached local appeals courts to challenge a customs ruling permitting shippers to pay THC directly to terminal operators, while slapping new fees on customers in a bid to recoup their reduced revenue.

“… [Carriers'] decision to increase administrative costs to offset the THC cost reduction when paid to the terminals directly is a direct challenge and mocks at the government’s initiative,” officials leading logistics reforms said in a statement to the CSLA.

Officials said such ad-hoc charges are unreasonable and lack merit, noting they cannot be determined arbitrarily and must remain consistent with the services rendered. “All charges paid by the consignees on the increased levy shall be considered ‘under protest’ and you [carriers] shall be liable to refund the same with interest,” the statement said.

Regulators also called on the CSLA leadership to immediately revoke any authorizations given to carriers regarding the so-called administrative levy.

“There is reason to believe that the steps taken by the government in providing the direct payment option is in accordance with [the] law and your [CSLA’s] action to offset the benefit runs contrary to the government’s initiative, which the government has taken in the public interest to avoid ‘rent-seeking’ charges on regulated services,” officials noted.

At a recent stakeholder session, customs officials at Jawaharlal Nehru Port Trust (JNPT) also came down heavily on carriers for trying to resist shipper efforts to settle THC directly.  “If an importer wants to pay THC directly to the terminal operator, then shipping lines cannot collect from the importer,” officials said. “If shipping lines are still doing that, they are violating the public notice. It is the responsibility of the shipping lines to adhere to the guidelines laid down by the public notice.”

THC typically rolled into base rate

Traditionally, carriers have rolled THC into the base ocean freight and charged the shipper or the consignee an all-in freight rate. Notwithstanding the scrutiny, Indian regulators have not declared THC illegal, per se, but by disintermediating the same, they are looking to plug any variance in THC as a result of potential markups between what a terminal operator charges the carrier and what the carrier collects from the shipper.

As importers often have to bear “the arrival-port or the destination THC,” the direct facility holds considerable significance from a larger trade competitiveness perspective as is evident from comparative cost estimates shared by a Mumbai-based importer. The company claims to have seen THC costs drop from a previous level of about Rs. 11,500 per container to approximately Rs. 7,300 per container at JNPT. Terminals under the rubric of major ports have regulated tariffs administered by the Tariff Authority for Major Ports (TAMP).

During stakeholder consultations, several importers, more notably Reliance Industries Ltd. and Bennett Coleman & Co., have been vocal in calling for a crackdown on varied terminal rates and highlighting concerns about the documentation difficulties when seeking to settle THC directly with terminals. “Many carriers have refused to issue delivery orders without THC being settled with them,” a leading Mumbai-based shipper told JOC.com.

No major carriers were available for comment on the latest developments. The CSLA, in a previous statement, called the THC regulation a trade disruptor that it believes would jeopardize the competitive dynamics of global container supply chains.

Efforts to seek comment from JNPT were also unsuccessful.