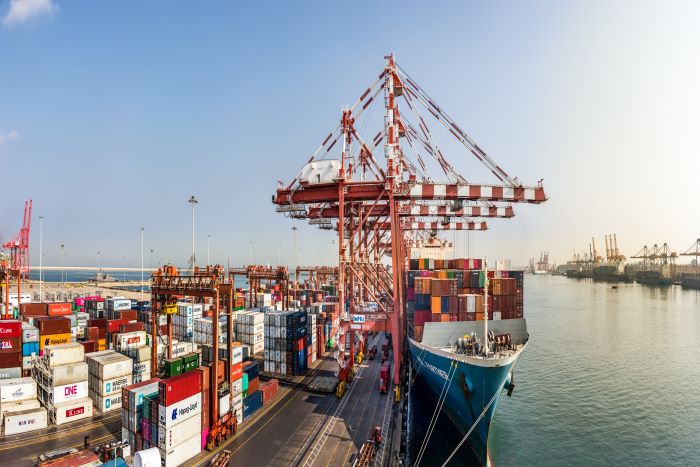 Has the tide begun to turn for Indian containerized supply chains that have long heavily relied on foreign transshipment due to limited direct mainline calls, following the abolition of cabotage restrictions aimed at prioritizing direct shipping? A granular analysis of new port data obtained by JOC.com for Sri Lanka’s Port of Colombo, which commands the bulk of Indian transshipment cargo, suggests so, albeit an early measure of success.

With the cabotage reform enacted in May 2018, foreign-flag carriers gained access to Indian coastal markets for the movement of laden export-import containers for transshipment and empty containers for repositioning, thus paving the way for more cargo aggregation opportunities and new direct call additions.

Colombo had respectable growth last year but saw its dominance over Indian cargo loosen drastically amid large-scale capacity expansion efforts. To illustrate, the port’s 2019 throughput stood at 7.2 million TEU, up 3 percent year over year, of which Indian transshipment cargo contributed 4.6 million TEU, a sharp fall from the 5.5 million TEU out of 7.05 million TEU in 2018.

That downward trend is even more pronounced when looking at Colombo’s mainstay transshipment figures in isolation, inasmuch as Indian relayed freight contributions shrank to 78 percent, against a total 5.9 million TEU of transshipment, from 96 percent out of 5.7 million TEU in 2018. Another notable takeaway is that much of last year’s growth came from cargo to/from other ports in the region — Karachi, Chittagong, and Dubai. Bangladeshi 2019 cargo totaled 59,552 TEU, up from 52,043 TEU previously.

The addition of direct calls at Indian eastern ports usually engaged in feeder activities has tilted the balance away from Colombo transshipment, a trend that could gain further traction as shippers settle into alternative shipping options, along with expanded coastal networks over other larger Indian ports.

“A direct South India-Europe loop with expansive India port coverage is a blow for Colombo,” a major carrier agent based in Colombo told JOC.

That observation is rooted in a joint service between Hapag-Lloyd and Ocean Network Express (ONE) that debuted in October with five southern India port calls. The weekly service deploys nine vessels with an average capacity of 6,500 TEU each, offering ample tonnage for the east coast market that currently sends in and out approximately 4.7 million TEU annually.

Anecdotal industry estimates put the burden of Colombo transshipping on Indian trade at $300 million annually and, as such, fixing that protracted issue is paramount if Indian goods were to become more competitive globally.

While the first signs of breakthrough in taming Colombo transshipment are noteworthy, much of the potential to improve logistics costs for domestic cargo owners is tied to India’s hub development, with DP World's Vallarpadam Terminal at Cochin in the spotlight. Vallarpadam, designed to recapture Indian transshipment cargo, is about 300 nautical miles from Colombo.

But the high hopes around Vallarpadam have yet to translate into reality, notwithstanding steady overall growth. Vallarpadam’s volumes increased from 366,376 TEU in fiscal 2014-15 to 594,592 TEU in 2018-19, but it has remained bearish in its transshipment outlook thus far — from 17,007 TEU to 30,159 TEU, respectively — a problem the Dubai-based company attributes to high vessel-related charges. But the terminal is marshalling all the strategies and tools at its command to bolster hub activity, including beefing up coastal feeder and rail networks that took to a new level with last month’s weekly intermodal launch designed to feed/receive cargo shipped on the new Europe service.

No doubt, port charges have been a major carrier concern, but a tariff reworking — on which some signs are emerging — on its own may not completely change the game for India as transshipment activity revolves around the orchestration of several other factors, with global carrier relationships playing a pivotal role.

“Shipping lines have long-standing relationships with the Sri Lankan maritime industry, and they see no reason to break existing robust arrangements just for the sake of moving transshipment to an Indian port,” a local industry leader told JOC.com. “But the Indian cabotage change has been a bold step.”

Global Shipping Outlook: A Sneak Peek at 2021
Port Performance North America: Managing Cargo Flow During a Pandemic — and Beyond
END_OF_DOCUMENT_TOKEN_TO_BE_REPLACED