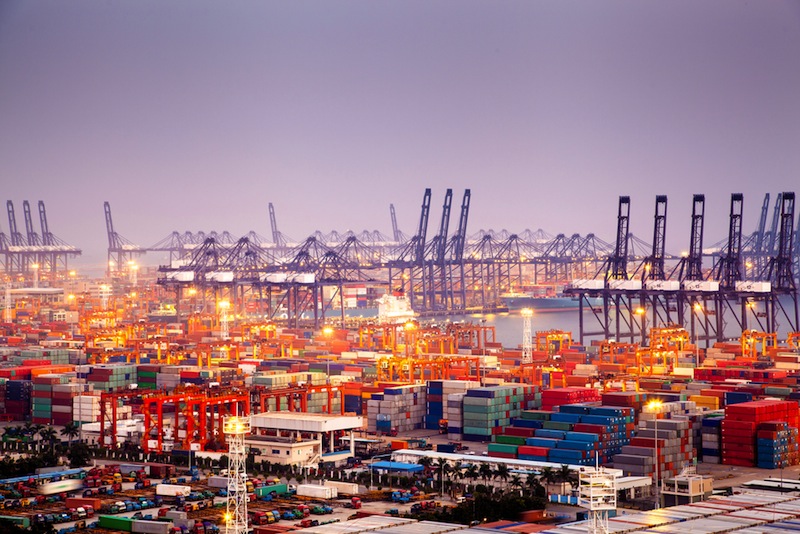 SHENZHEN, China — The forging of sister port relationships makes good press and can strengthen industry relationships. But what if sister ports could provide more tangible benefits such as data sharing?

That’s the question Kieran Ring, CEO of the Global Institute of Logistics, is asking. The head of the think tank foresees the potential of noncompeting ports sharing information about how much and what type of cargo is heading the other’s way, allowing terminals to better manage their resources and potentially speed up customs clearance. The big question is whether ports can convince container lines that disclosing such information can provide them with financial benefits.

“There is potential for the family created by (the Port of) Shenzhen to go beyond a familial connection to a formal connection involving marketing and data sharing,” Ring said at the World Port Strategy Forum in Shenzhen, China, on Monday. Representatives from the ports of Virginia, Halifax, Shenzhen, Zeebrugge, Teneriffe and Gothenburg attended the event.

Shenzhen, for example, could tell the Port of Virginia how many containers and what’s being shipped its way, allowing Virginia to better prepare on the berth and try to ensure there is adequate customs staffing.

The concept isn’t that far off — the city of Shenzhen already collects manifest data and shares it with the various links in the supply chain, including port terminals, trucking companies and forwarders. This sharing helps streamline the customs process, said Zhou Jie, deputy general manager of Shenzhen Communications EDI Information Center.

“If I put my an ex-carrier hat on, I would be aghast of the idea of ports talking to each other,” said Allan Murphy, chief operating officer and partner at Denmark-based SeaIntel Maritime Analysis. But he said carriers’ reluctance could be overcome if ports were able to show that data sharing would help them reduce their largest single cost: bunker fuel. Instead of a 72-hour advance of container deliveries, ports could give each other 10- to 14-day advance notice, leading to a potentially faster turnaround time at the berths.

“The vessels don’t make any money in ports. They make money at sea,” Murphy said. “For carriers, schedule reliability is not about being on time. It’s about making sure the vessel is moving efficiently so you don’t have to speed up.”

Speeding up to avoid a two-day delay costs a container vessel a six-figure sum in bunker fuel, which accounts for approximately 80 percent of total operating costs, he said.