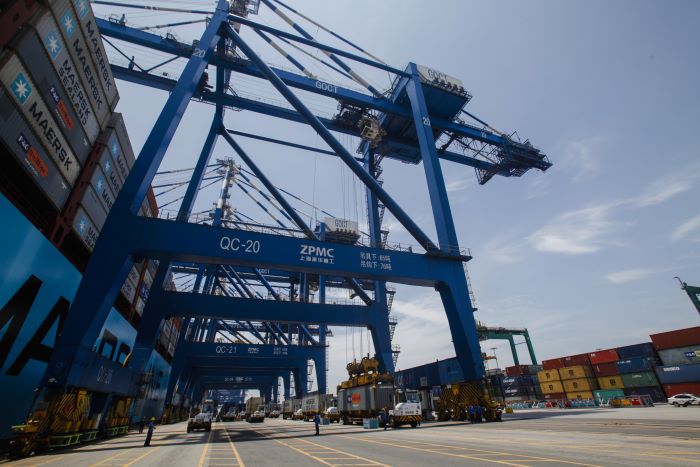 China’s fourth-largest port is pledging to service the largest container ships even faster as it completes a $336 million widening project aimed at boosting the port’s share of international trade.

The four-year-old widening project will allow bi-directional traffic along the 44-mile-long channel. The port said the project will reduce the time that ships have to wait for a berth window at the only deep-water container terminal in the western part of the Pearl River Delta.

Ultra-large container ships, which can carry up to 22,000 TEU, are up to 60 meters (200 feet) in width. Vessels that size have been able to call on Nansha for the last four years.

The Guangzhou-Nansha port is one of the largest along China’s southern coast, exceeded only by Shenzhen, which sits further out of the Pearl River.

In the first seven months of 2020, Guangzhou-Nansha’s volume sat just under 12 million TEU, a 1.9 percent increase over the same period last year. The port, though, expects volumes could rise up to 5 percent this year as activity through Golden Week looks strong, according to one source familiar with the port’s operations.

Nansha has been trying to shift from largely serving intra-Asia trade to a greater emphasis on  international markets. That move coincides with a greater share of China’s manufacturing industry moving operations to the western side of the Pearl River thanks to cheaper land and lower labor costs.

One source said about half of Nansha’s container volumes are for international markets, compared with a quarter or less a decade ago, the source added.

In a bid for more international services, Nansha is adding a fourth, fully automated container terminal, expected to come online in the third quarter of 2021. A large cold storage facility is also expected to start next March, and the port has plans for on-dock rail for tying Nansha to China’s interior and Europe.

Global Shipping Outlook: A Sneak Peek at 2021
Port Performance North America: Managing Cargo Flow During a Pandemic — and Beyond
END_OF_DOCUMENT_TOKEN_TO_BE_REPLACED