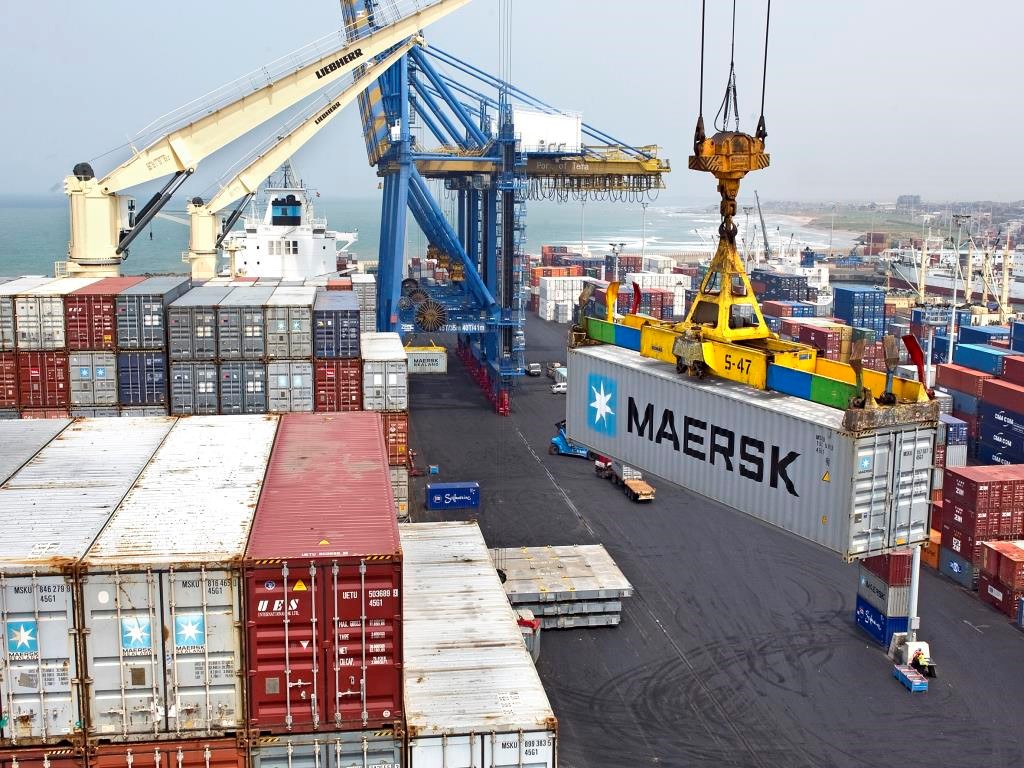 Maersk’s latest regional trade report forecasting a bearish outlook for Indian containerized trade — reeling under rising geopolitical factors and the downturn in domestic economic activity — signals a bumpy road ahead for ocean carriers that have upsized their service offerings to take advantage of reforms and infrastructure developments in the country.

According to the world’s largest container carrier, Indian container port volumes slowed substantially in the second quarter through the end of June, up just 1 percent compared with a 9 percent expansion during the year-ago period. Maersk’s report analyzed overall Indian container trade; raw data was not made available.

The lackluster sentiment eclipses a general bullish outlook the country had presented in recent years, with Maersk being a key proponent of that “high-hopes” picture. The carrier accounts for approximately 20 percent of India’s containerized freight transportation and, as such, it leads industry interactions with various stakeholders.

Maersk said rising global trade tensions and a variety of domestic factors — such as rural consumer distress, tightening liquidity, and a slowdown in key manufacturing areas — have combined to cause the growth deceleration.

“The overall deceleration of trade growth reflects a broad-based slowdown across key economic sectors,” Steve Felder, Maersk’s managing director for South Asia, said in a statement. “Amidst increasing global volatility, a slower local economy, and the US’ withdrawal of preferential access for certain Indian products, India’s import-export trade is expected to continue to face headwinds in the coming months.”

The carrier, however, said the current downward trend can be short-lived if the Indian government positions itself as a brighter investment spot relative to other Asian markets as multinational conglomerates search for alternative manufacturing locations beyond China.

“Reduced bilateral trade between the United States and China has led to various shifts in overall trade structures, with limited sourcing starting to shift from China to other countries such as Vietnam, Korea, Thailand, Bangladesh, and Mexico,” Felder said. “India has thus far not been a beneficiary; however, we hope that this will change.”

Notwithstanding the headwinds seen at present, Maersk remains optimistic about India’s long-term growth prospects. It said the Indian economy may start to see some positivity as a result of new proactive measures that the government has rolled out, including a more robust export promotion policy.

“There is immense opportunity for India to position itself as a beneficiary of the global trade tensions, provided it can attract more sourcing,” said Felder. “In its second term now, the [Narendra Modi] government is extremely focused on continuing to enhance ease of doing business and reduce overall logistics costs for the industry through the new proposed draft National Logistics Policy, all of which is expected to benefit trade.”

On the upside, Maersk’s report found that India’s overall container trade with North America and Europe gained traction during the second quarter, up 14 percent and 10 percent, respectively. Even more significant is the fact that the growth rate for exports to North America doubled from a year earlier, to 15 percent, led in large part by North India, with relatively lower contributions from the other regions.

On the downside, two-way trade between India and China, which hit an all-time high last year, shrunk considerably during the second quarter — a clear indication rising protectionism and trade tensions are taking a toll on India’s overall export-import prospects. As a result, India’s outbound trade to China slid 20 percent, with textiles, apparel, plastic, and rubber products suffering the most, Maersk said. Chinese imports into India fell 22 percent during the second quarter, compared with a 6 percent gain in the corresponding period last year, according to the carrier’s report.

However, China continues to be a major wastepaper sourcing destination for India because of pricing advantages, with India's demand for recyclable paper rising at an average rate of about 7 percent annually, according to Maersk.

Maersk also said India’s ongoing efforts to ease trade issues with the United States are noteworthy, with the reinstatement of Generalized System of Preferences (GSP) — under which an estimated $5.6 billion worth of Indian exports to the US had long enjoyed zero-duty benefits — being the most contentious issue. In that context, talks between a visiting Indian delegation led by Modi and US counterparts this week in the US are expected to break some ice, according to industry sources.

Maersk lauded India’s ongoing technological advancements in logistics and infrastructure — both on the waterside and landside — with a long-term goal of establishing an integrated, seamless supply chain environment. “This [modernization] can in turn create an inclusive effect for the Indian economy in [the] near future,” Felder said.

Maersk’s latest survey results appear in sync with a port data analysis by JOC.com that found that the pace of Indian container movement has moderated in recent months. To illustrate, India’s combined container throughput — covering major and minor ports — stood at 1.48 million TEU during August, down 2 percent from 1.51 million TEU in July. Mundra, the largest non-government port, saw total volume in August slip to 401,991 TEU from 413,926 TEU in July, while public rival Jawaharlal Nehru Port Trust (JNPT) managed to stay in growth mode, albeit mild, at 433,986 TEU in August versus July’s 431,323 TEU, according to the JOC analysis.