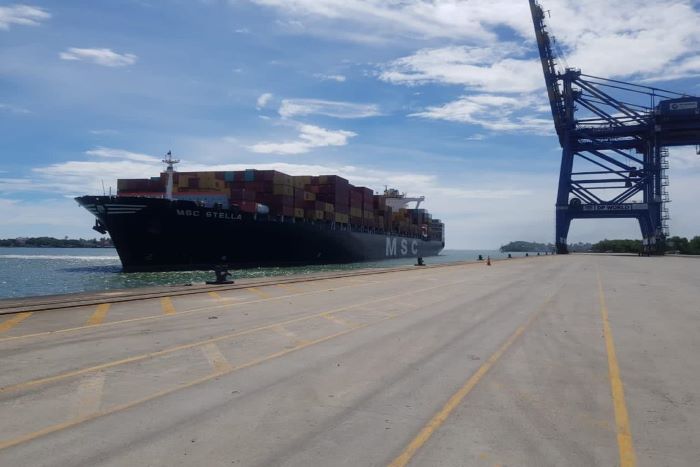 With national shipping policymakers refocusing their attention on what has caused Vallarpadam’s transshipment woes, DP World Cochin is becoming more strategic in their business plans.

The move follows a review session shipping minister Mansukh Mandaviya held with various stakeholders. “Resolving various issues of Vallarpadam Terminal is one of the top priorities of the Ministry of Shipping,” Mandaviya said.

Many of Vallarpadam’s competitive disadvantages are rooted in the high level of port call charges that carriers face there, which DP World estimates are approximately 60 percent higher for mainline calls and even more prohibitively costlier for feeder activity vis-à-vis Colombo rates, despite discounts doled out recently.

While fixing those tariff gaps is critical, along with further government action on infrastructure upgrades, the company argued in a proposal to the port trust that an additional transshipment levy could put mainliners on the hook to support Vallarpadam with direct calls.

“Indian cargo should ideally be handled at India-controlled ports,” the Dubai-based terminal giant said.  “A transshipment surcharge of $200 per TEU should be levied on shipping lines for Indian cargo destined to/from a port in India that is transshipped through a foreign port within 500 miles from the Indian coastline.”

The company noted carriers should not have the leverage to recoup this extra cost from cargo interests.

“Since transshipment is an optimizing operation of shipping lines, the decision to call a transshipment hub is purely driven by costs and efficiencies and the feeder network that is available to serve the hub,” it said. “Thus, in order to position Cochin as a preferred transshipment port over Colombo, various initiatives will have to be taken to induce shipping lines to move from Colombo where they enjoy low operational costs [as compared to Cochin] and deeper draft, enabling them to deploy their 18,000 TEU vessels and enjoy economies of scale.”

“A transshipment hub in India will significantly reduce the dependence of Indian cargo on foreign hub ports,” the operator said.  “Any trade embargo by any of the foreign countries where Indian containers are transshipped will be inimical to India’s trade with so much dependence on Colombo today.”

In a vein of optimism, the company said it will be able to regain about 8 to 12 percent of Indian cargo transshipped at Colombo with existing infrastructure in the short-medium term and 40 to 50 percent of such trade in phases if suggested measures are implemented.  It is hoping to see annual transshipment volume climb from some 69,000 TEU in 2020 to over 800,000 TEU by 2030. Of total volume of 620,061 TEU in fiscal year 2019-2020, Vallarpadam’s transshipment handling constituted 36,183 TEU, according to JOC.com data.

Officials at DP World Subcontinent were unavailable for comment.

While Indian stakeholders are busy marshaling strategies to realize target goals out of a $600 million investment in ICTT, it remains to be seen if those will be reasons enough for liners to readjust their offerings to and from the region.

ICTT currently sports two weekly long-haul routings. In recent days, the terminal has had several ad-hoc mainline calls as a result of congestion at Colombo.