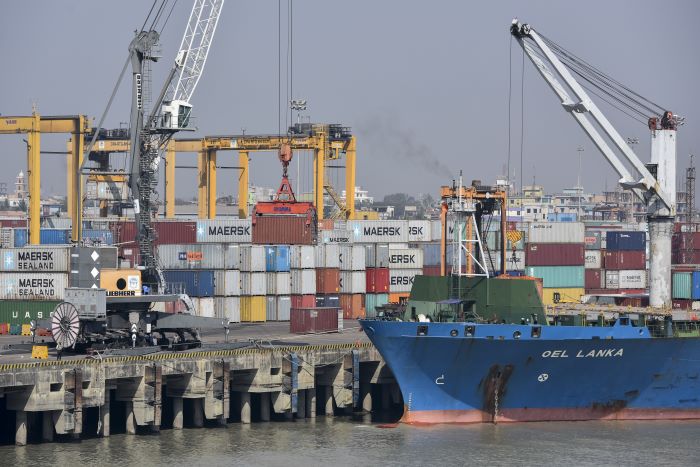 The vessel turnaround time in Chittagong port shot up to 16 to 18 days after the Bangladesh government enforced a country-wide shutdown on March 26. Photo credit: Shutterstock.com.

The temporary suspension of service by one feeder carrier, new feeder congestion fees, and the rejection by carriers of the Bangladesh government’s call to suspend storage penalties is raising concerns among Chittagong shippers of even deeper cuts in container services.

Qatar-based container feeder line Milaha Maritime will soon suspend operations on the Chittagong-Colombo route due to the long turnaround time, which increases operational costs and eats up profit.

Milaha’s local head, Khairul Islam, told JOC.com the carrier is failing to make a profit at the moment due to the prolonged COVID-19-related congestion at Chittagong port and the end of a charter-hire agreement.

“The principal is suspending service for a short period to avoid the congestion,” Islam said.

The vessel turnaround time in Chittagong port shot up to 16 to 18 days after the Bangladesh government enforced a country-wide shutdown on March 26, now extended to May 16, to prevent the spread of the coronavirus disease 2019 (COVID-19), which created a massive stockpile of containers at the port yard.

After taking several remedial steps, the ship waiting time has been brought down to about a week for geared vessels and 10 days for gearless vessels. The berth stay period has fallen to three to four days from up to seven a week ago

Karnaphuli Limited, the local agent for feeder operator Transworld Group, has notified customers about levying congestion fees between $20 to $45 per TEU, effective this week.

“The recent heavy congestion at Chittagong port has led to huge berthing delays resulting in an increase of the cost,” the company said in a notice. “Hence, to ensure service continuity, it is imperative for TWF to implement rate restoration with effect from 12th May 2020.”

A representative of a mainline operator in Dhaka told JOC.com operators calling ports such as Chittagong usually depend on roundtrip volume to justify their voyage. “With [the] unprecedented dip in export in April and not-so-promising forecast for outbound in months to come will certainly force operators to review their service feasibility,” the source said.

“Increased berth waiting time and low productivity also adds to the discomfort on the part of carriers as the number of voyages they could perform went down against the cost soaring up,” he added. “Altogether, decisions such as temporary service termination or rate revision are obvious.”

Liner companies, meanwhile, are contesting a government advisory that asked them not to levy container detention charges for the entire lockdown period.

The World Shipping Council, a body of 90 percent of the world’s container shipping capacity, wrote a letter to the Bangladesh government requesting it “rescind” the advisory note “with retroactive effect.”

“The recent circular ... in contrast, creates an incentive to slow down the movement of goods and it creates an unfair and unexpected financial burden on the container carriers,” Council CEO John Butler wrote.