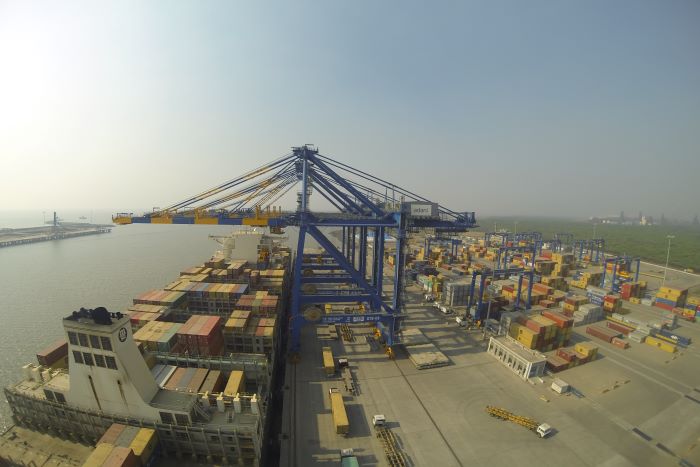 In a letter to the Ministry of Shipping and port-terminal stakeholders, the Container Shipping Lines Association (CSLA), which represents foreign carriers in India, said the latest inventory numbers at Jawaharlal Nehru Port Trust (JNPT) suggest a supply chain bottleneck of alarming proportions is beginning to take shape even as carriers took a raft of proactive measures to induce cargo clearance.

The group said against combined CFS inward moves of 80,000 TEU since March 22, only about 10,000 TEU in delivery demands were reported until last week at JNPT.

“This is despite the relaxed processes adopted by the [shipping] lines for issuing delivery orders,” the CSLA said. “Besides, given the additional free time on container detention by the lines and the extension of the nationwide lockdown, it is very likely that the customers will continue with the slow pace of deliveries, thereby choking the CFSs completely and subsequently impacting the port operations, too.”

The group said the acute space crunch has put a crimp on cargo movement out of JNPT terminals. “From the port’s perspective, capacity utilization of terminals varies, depending on the number and size of vessels handled, but larger ones are reaching high utilization, and productivity issues/congestion are imminent if the situation does not improve,” it said.

The CSLA noted recent port actions to shift containers inland en masse have not yielded much success because of logistics and customs-related procedural barriers. The association also said exporters are facing difficulty picking up empty boxes from clogged depots, thereby causing an adverse impact on the overall shipping activity.

To lessen the effects of cargo buildups, the CSLA has sought immediate government intervention to allocate a temporary site inside the port to hold undelivered imports as efforts to push deliveries gain ground.  “We believe there is ample space available [within the port],” the group said.

Last week’s abrupt halt to export intake at the Adani Group-owned Hazira Port — an emerging gateway farther up the west coast — only exacerbates CSLA’s concern over what could soon become a countrywide scenario as ports run out of space to store inbound containers on or off the terminal.

“Despite current facilitations by government and local authorities, we do not see any significant clearance or movement of cargo,” the Hazira Port said in its advisory.

Industry sources see Mundra — the country’s biggest non-government hub — as another potential hot spot for congestion in the coming days. At the same time, low-volume eastern ports such as Chennai, Cochin, Tuticorin, Kattupalli, and Krishnapatnam are relatively fluid now, but a spike in imports along with ongoing clearance slowness could make things chaotic in the weeks ahead. At Cochin, persistent trade demands for relief from demurrage penalties have yet to gain approval from the port and DP World Cochin, which operates the Vallarpadam Terminal.

“We are yet to receive the trade advice on demurrage/ground rent from DP World, which will give us clarity on this cost and basis [that] we can release containers to customers,” the Cochin Steamer Agents’ Association said in a letter. DP World Subcontinent was not available for comment.

Maersk, in a statement to JOC.com, said it is working around a three-pronged strategy to meet the current challenges: moving cargo by rail wherever trucking is difficult, using digital solutions to circumvent the typical need for customs brokerage services, and finding additional storage space.

“It is unfair that shipping lines still expect things to be done manually where there will be physical human interaction,” the BCBA said in a trade notice. “At this hour of crisis where the pandemic is contagious, we do not think it is logical that we encourage our respective staff to physically accept and submit the documents.”

As the scarcity of space across ports reaches a boiling point that could see vessels discharge cargo bound for a congested port elsewhere in the region, Indian Customs has extended a previously implemented waiver for penalties usually levied toward late filing of the import shipment data until May 6. India’s pandemic-related lockdown, for now, runs to May 3.