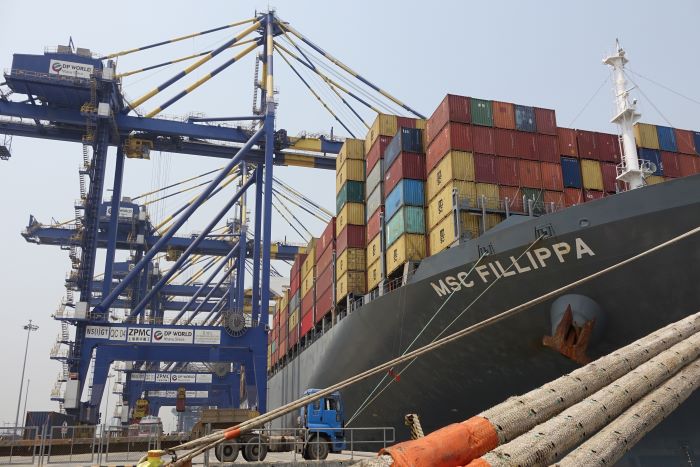 Ostensibly left with no further negotiating power over hardening Indian government regulations intended to control costs, foreign container lines operating in trades to and from India are attempting to thwart a customs order that allows shippers to settle terminal handling charges (THC) directly with port-terminal operators.

Industry sources told JOC.com that Mediterranean Shipping Co., along with the Container Shipping Lines Association (CSLA) — the local umbrella body for carriers — recently filed a petition with an Indian appeals court at Chennai challenging the customs notice and seeking a status quo ruling on THC collections.

According to the court petition, the CSLA and MSC seek “... to continue the earlier procedure by permitting the petitioner (carrier) members to collect terminal handling charges to be paid to the ports.”

CSLA representatives were unavailable for comment. A Mumbai-based shipping line official with knowledge of industry issues said a temporary restraining order has been issued by the Chennai high court in response to the petition. Sources said a similar legal approach has been made to the appeals court in Mumbai.

The customs notice had an early February enforcement deadline for all port locations in the country. But because of carrier resistance and other terminal system-related complexities, the implementation has seen limited success thus far.

At issue is what a cargo owner incurs on the shore side while moving containerized goods in and out of the port where varied THC rates — from terminal to terminal even within a port — have been the subject of controversy and regulatory scrutiny for some time, with cost-sensitive direct port delivery (DPD) shipments being the bigger draw. DPD enables customs-approved clients to clear their goods directly from the wharf within 48 hours of landing, thus bypassing intermediary elements that often lead to clearance delays and extra costs.

“Many importers have represented to the department that shipping lines are collecting THC, which are at variance with what the shipping lines have paid as THC to the ports/terminals,” Customs at Jawaharlal Nehru Port Trust (Nhava Sheva) said in its earlier advisory. “This results in lack of transparency in these charges.”

The CSLA, however, called the government interference a trade disruptor and a blot on established global shipping practices, noting policymakers needed to acknowledge the multifaceted, complex nature of logistics services rendered to the merchant under a single cost component, THC.  “The THC is a free market cost that should be left to the customer to decide upon,” the group said. “Through fair process of acquiring quotes from different shipping lines, customers can reserve their rights to reject higher costs and choose the best suited ones as per the services they get.”

The latest legal gamble — with the potential to develop into a bitter confrontation with the government — suggests the stakes are high for carriers, particularly at a time when revenue prospects are rapidly eroding amid tighter market conditions.