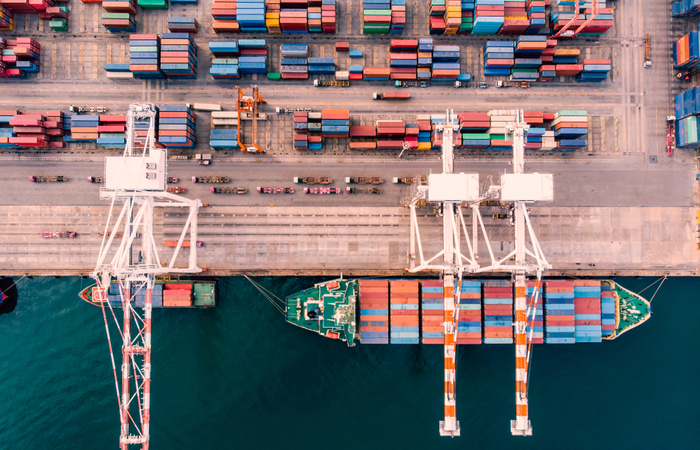 The volume of loaded cargo through the Port of Altamira grew by 5.5 percent in the first eight months of 2019, more than twice the rate through all of Mexico

Mexico’s fourth-largest port, Altamira, is reaping mid-single-digit volume growth from its position as a key gateway from the country’s heavily industrial north and central regions into Europe even as the Mexican economy slows and port volumes nationwide lag those of recent years.

While Mexico’s Pacific Coast ports — most notably the Port of Manzanillo — have suffered from a peak season that is well below that of 2018, Altamira has seen container throughput jump 5.5 percent year over year to 466,620 TEU from January to August, far outpacing the port’s 3.7 percent growth in the eight-month period in 2018, according to figures from the Secretariat of Communication and Transportation (SCT).

Among Mexico’s busiest ports, Altamira’s 5.5 percent growth rate was second only to Lázaro Cárdenas. On the Pacific Coast, which accounts for about 65 percent of the loaded cargo volume in and out of Mexican ports, Lázaro Cárdenas grew its throughput 5.9 percent to 570,186 loaded TEU during the first eight months of 2019, while Manzanillo’s volume fell 1 percent to 1.4 million loaded TEU, SCT figures show. At the Gulf Coast port of Veracruz, loaded cargo volume fell 2.2 percent to 582,667 TEU in the same period.

Volume growth at Altamira also outpaced the 2.3 percent growth rate through all Mexican ports in the first eight months of 2019, the figures show. In addition, the number of cars handled by Altamira over the period — 193,162 vehicles — was up 11 percent from the same period in 2018, while the number of cars handled by all Mexican ports was largely unchanged at 1.34 million, according to the SCT figures.

The administration attributed the vehicle increase — seen across several manufacturers, including General Motors, Kia, Chrysler, and Fiat — in large part to a redesign of the vehicle handling facility that improved fluidity.

The port’s strong growth comes as the increase in the cargo volume handled by all of Mexico’s ports has diminished compared with past years. That’s in part due to Mexico’s weak economy — IHS Markit, the parent company of JOC.com, predicts gross domestic product will grow just 0.3 percent in 2019 — and continuing political uncertainty over the policies of President Andrés Manuel López Obrador (AMLO), who took office in December.

The Integral Port Administration of Altamira, the port landlord, said Altamira’s rising cargo figures reflect the impact of the port’s reputation for efficiency and the growth of industries in the area, especially the chemicals sector. The chemicals cluster around the port is the largest in Mexico, with about 30 percent of the country’s entire chemical sector there, according to a video on the port website.

Recent improvements at Altamira that have helped productivity include the implementation of an appointment system, reducing the cargo pick-up and delivery time, and the installation of several cranes capable of handling vessels of up to 12,000 TEU, the port administration said. The port also has introduced a system, used at other ports, to increase the digitization of document handling in the port, the port administration said.

The port is also in the process of adding a third berth at each of the two container terminals at Altamira, which are operated by two separate private operators, Altamira Terminal Portuaria (ATP) and Infraestructura Portuaria Mexicana (IPM), the administration said. In the long term, the port is looking to deepen its 40-foot channel to 50 feet, according to an annual report put out by the port.

Jaime Viruett, district manager for Monterrey and Guadalajara for Schenker International SA de CV, said that for cargo going to and from Europe, Altamira is invariably the choice for his customers, due in large part to its proximity and efficiency. That’s not only true for cargo going to and from Monterrey, but also Guanajuato, in the heart of the car manufacturing sector in Mexico’s Central region, and Guadalajara, he said.

“For us, it's the main port,” Viruett said. “Altamira has increased [its] capacity to provide a good service for the customers. I think it’s one of the best ports in Mexico.”

Also a factor is the port’s relative security, as some other ports have higher levels of robbery and organized crime in the surrounding hinterlands, Viruett said. Manzanillo, for example, has suffered from organized crime in the region — and even in the port customs system, according to federal officials — and the highways and rail links through the state of Puebla, along which much of the cargo from Veracruz passes, are considered by crime analysts to have the highest rates of robbery in the nation.

“The security in [the] port matters, and in the area around it, has motivated the increased movement of containerized cargo to the Port of Altamira,” the port administration told JOC.com in an email.