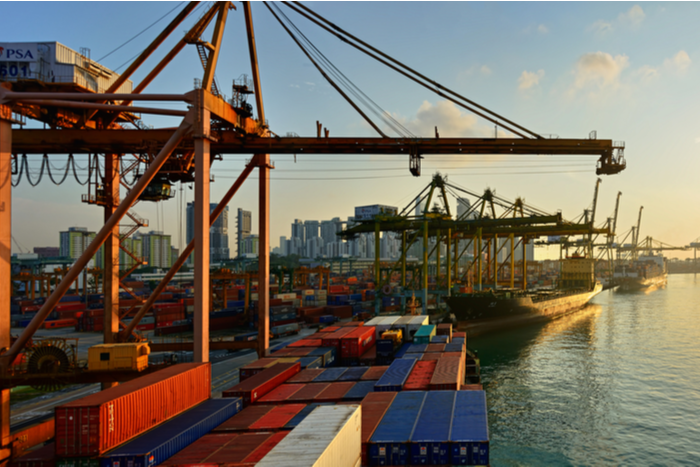 Rollovers are expected to continue “deep” into the fourth quarter at leading transshipment hubs in Asia after up to one in every three containers in those hubs were rolled in September, according to global container tracking data provider Ocean Insights.

Unexpectedly high demand in the third quarter on the trades out of China, especially on the trans-Pacific, has overwhelmed terminals and forced carriers since July to hastily reinstate blanked capacity, deploying extra loaders and sweeper ships to try to manage the heavy cargo flows.

While this has led to a slight easing of rolled cargo ratios in September compared with August, the rollovers — calculated as the percentage of cargo arriving at a port for transshipment and leaving on a different vessel than originally scheduled — remain far higher than those recorded during the same month last year.

“Container lines were taken by surprise by the surge in demand for shipments as coronavirus lockdowns were eased during the summer,” Josh Brazil, chief operations officer at Ocean Insights, said in a report released Thursday.

Rising demand was particularly strong on the trans-Pacific trade, where US imports from China moving through Los Angeles-Long Beach in September soared by 25.5 percent from a year earlier, according to PIERS, a JOC.com sister company within IHS Markit.

The sudden crush of Asian and Chinese imports in Los Angeles-Long Beach that began in late June after six months of declines has created congestion along the Southern California supply chain, with delays pushing the disruptions back to Asian transshipment hubs.

“Schedules are clearly still suffering significant disruption and, in many ports, this is being exacerbated by equipment shortages which are adding to rate inflation and logistics bottlenecks and inefficiencies,” Brazil said.

“As a result, carriers are frequently rolling cargo, which can result in significant delays and knock-on costs for customers,” he added. “Early indications in October suggest supply chain disruptions and significant rollovers will continue deep into the fourth quarter as peak season demand continues to surprise.”

Ports with a rollover ratio of 30 percent or more included Singapore, Ningbo-Zhoushan, Busan, and Jebel Ali, while hubs recording rollovers of about 20 to 25 percent were Shanghai, Hong Kong, Qingdao, Port Klang, and Tanjung Pelepas.

Ocean Insights also calculated the rollover ratio for container lines, using the percentage of cargo carried by each line globally that left a transshipment port on a different vessel than the one originally scheduled. In September, most of the carriers improved their rollover ratios by an average of 3 percent, but among the carriers, one in four containers was still being rolled at the transshipment hubs.

Lars Jensen, CEO of SeaIntelligence Consulting, said the dismal schedule reliability was likely caused in part by a variety of operational issues, such as fallout from the pandemic and staffing issues at the ports.

“However, irrespective of the reasons, this is likely to cause additional friction between carriers and shippers, as shippers will have experienced a sharp decline in service quality at a time where freight rates are setting new record highs,” Jensen said in a recent LinkedIn post.