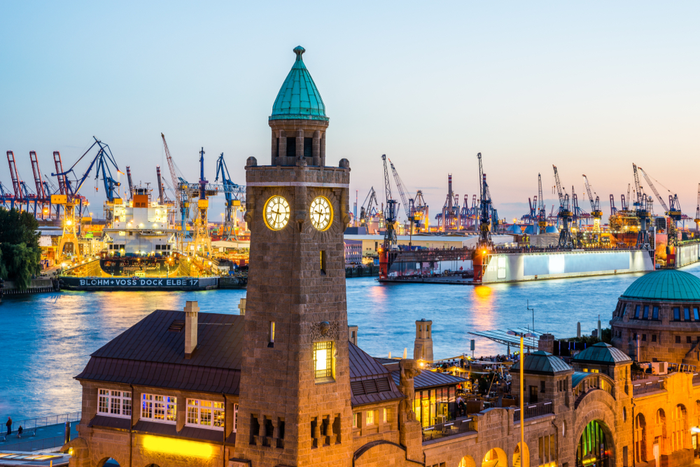 Germany’s Port of Hamburg has become the latest victim of the COVID-19 pandemic, reporting a double-digit decline in container throughput in the first half of 2020.

Hamburg’s container throughput slumped 12.4 percent year over year to 4.1 million TEU in the first six months of the year, driven down by a sharp decline in imports from China as the coronavirus disease 2019 (COVID-19) shut down Europe for much of the second quarter and stifled consumer spending in China.

“The slowing down of the Chinese economy and the resultant cancellations of sailings on liner services led to lower throughput totals,” Axel Mattern, joint CEO of Port of Hamburg Marketing, said in a statement Friday. “These repercussions were reflected in the first-half figures.”

The second half is not expected to be smooth sailing either. Ingo Egloff, the second CEO of the Port of Hamburg Marketing, said signs of recovering trade were being seen in the German economy, but there were significant uncertainties ahead.

“Even if the export side is reporting some growth, it will be some time before we are again at pre-crisis level,” he said. “And here we have entirely ignored trade wars, sanctions, and corona outbreaks in other parts of the world. On top of that comes German reluctance to consume, the impact being put at $153 billion. That naturally depresses imports of consumer goods such as textiles.”

The coronavirus started to affect volume at Europe’s third busiest port in March, but it was during the continent-wide lockdowns in the second quarter that the real impact of the pandemic was felt. The three major ocean carrier alliances canceled more than 20 percent of their Asia-North Europe sailings, according to Sea-Intelligence Maritime Consulting.

The drop in volume from China at Hamburg was accompanied by downturns in container trade with Russia, which was down 14.9 percent from the first half of 2019, Sweden (down 13.3 percent), South Korea (down 14.4 percent), Denmark (down 2.7 percent), and Poland (down 10.5 percent).

Hamburg made significant gains in volume with other countries during the first half, but the port said this was not enough to offset the overall drop in trade. Trade with the United States, the port’s second-largest trading partner, for example, grew 1.7 percent year over year to 288,000 TEU.

“This strikingly good trend is attributable to the four trans-Atlantic services that started operating from Hamburg at the beginning of 2019,” Mattern said. “These have developed extremely well and ensured higher throughput volumes with the US.”

Container trade with Singapore jumped 5.5 percent to 212,000 TEU in the first half, while volume to and from the United Kingdom surged 39 percent, which Mattern attributed to mostly empty containers being imported by German industry.

Global Shipping Outlook: A Sneak Peek at 2021
Port Performance North America: Managing Cargo Flow During a Pandemic — and Beyond
END_OF_DOCUMENT_TOKEN_TO_BE_REPLACED