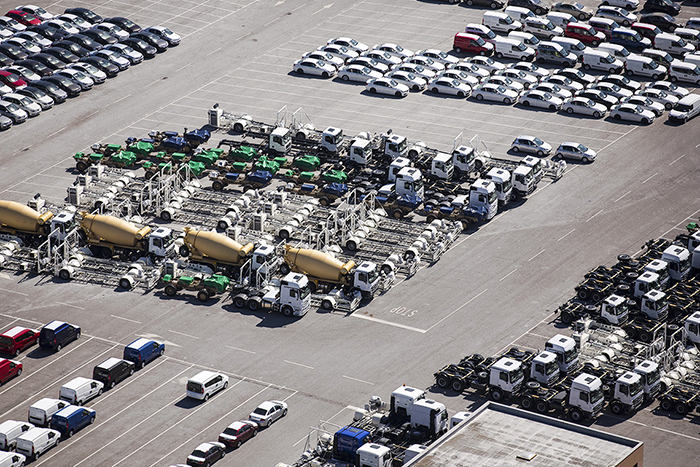 Roll-on, roll-off volumes at the port of Monfalcone, pictured, will get a boost from the Wallenius Wilhelmsen Logistics and DB Cargo joint venture.

Wallenius Wilhelmsen Logistics and DB Cargo have agreed to develop a joint venture hub at Monfalcone, on Italy’s Adriatic coast, to support European vehicle manufacturers’ exports to the Mediterranean and Asia.

The hub is the latest in a step in WWL’s expansion of its land operations around the world. Last April, the company opened Melbourne International RoRo and Auto Terminal in Australia, designed to handle more than 1 million vehicle units annually.

More than one-third of WWL’s annual revenue now comes from land operations, which include marine terminals, equipment and vehicle processing, and inland distribution. The company hopes to expand revenue from that segment by 50 percent during the next five years.

WWL will have a 51 percent stake in the planned joint venture at Monfalcone. The operation will coordinate vehicle export logistics and manage rail operations, terminal services, and storage at the port. Compagnia Portuale Srl a Socio Unico, which will serve as the local terminal operator.

Vehicle manufacturers using Monfalcone will be able to reduce transit times to Asia by more than a week, said Konrad Kurz, head of land-based operations for Europe, the Middle East, and Asia, at WWL.

“With this joint venture we are meeting the demands of OEMs (original equipment manufacturers) to introduce a solution that will reduce the transport time to Asia, and simplify the supply chain,” said Andreas Busemann, DB Cargo chairman of sales.