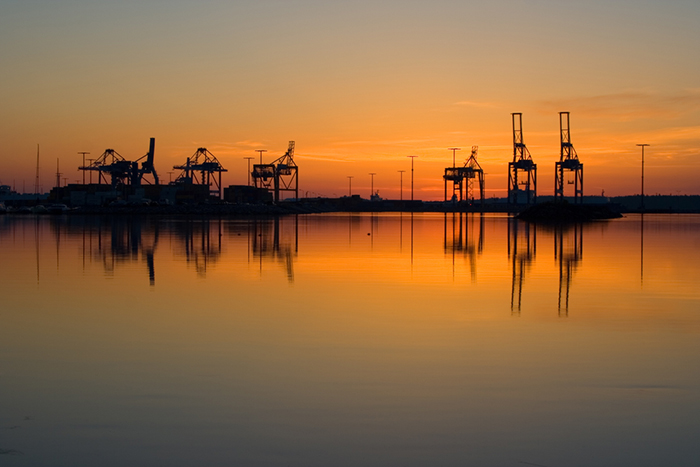 Finland ports, already suffering from container traffic declines, are set to get hit with another blow when they shut down Sept. 18 as part of a protest by the country's three big trade union federations against the government's labor reform program.

Work is expected to halt beginning at 8:00 a.m. local time, with day-long demonstrations set to start at 11:00 a.m. Transport Workers Union (ATK) head Marko Piirainen told state broadcaster YLE that the country will "virtually come to a standstill.” The ATK represents 50,000 road and port employees, according to YLE.

Unions are seeking to protect entitlements to paid holidays, overtime pay and sick leave. Finland is now in its 5th year of economic stagnation, with unemployment up to 12 percent. The country suffers from reduced demand for its traditional exports such as pulp and paper, mobile phones and machinery.

A 34.5 percent plunge in Russian container traffic pulled total volume though Kotka in August down 5 percent year-over-year. As a result, Stevedoring company Steveco is expected to announce Monday that it might lay off all of its 700 workers at Kotka port, according to YL

Baltic ports like Kotka’s reliance on Russian transshipment is reflected in the fact that in Finland’s neighboring Baltic states, containers bound for Russia made up 80 percent of Tallinn, Estonia’s total containerized trade, 65 percent of Klaipeda, Lithuania’s and 60 percent of Riga, Latvia’s.

A version of this story originally appeared on IHS Maritime 360, a sister product of JOC.com within IHS.

How to Improve OTIF: 15 Tips for On Time and In Full Delivery
END_OF_DOCUMENT_TOKEN_TO_BE_REPLACED