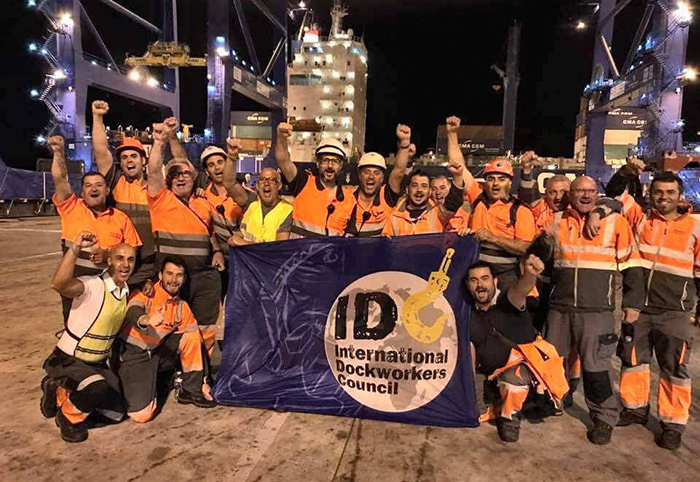 Spanish longshoremen returned to work Friday morning after a 48-hour nationwide strike, but are planning further walkouts in the coming weeks as they press port employers to guarantee their jobs under a forthcoming liberalized dock labor system.

The strike by more than 6,000 dockers at the country’s 39 ports followed the failure to agree a new collective agreement with employers ahead of the government’s reform of the labor unions’ monopoly over the hiring of waterfront workers.

The main impact was felt by the top three ports, Algeciras, Valencia, and Barcelona, which saw 34 ships diverted to neighboring ports including Tangier, Sines, Marseille-Fos, and Genoa.

Some containers are being shipped on to Antwerp and Rotterdam for ground transport back to Spain.

The government said the strike had cost the national economy around 110 million euros ($123 million) and there are reports Maersk Line, one of the major carriers calling at Spanish ports, will permanently shift 150,000 containers a year from APM Terminals in Algeciras to the company’s terminal in the Moroccan port of Tangier.

The dockers’ union has planned further 48-hour strikes, with alternative-hour walkouts between June 26 and July 8.

Union officials and the port employers’ organization Anesco are set to hold talks today in a renewed attempt to reach a compromise over dockworkers’ demand for job security and unchanged working conditions under the new labor system in return for a 10 percent cut in wages.

The reforms, which won parliamentary approval on May 18, will end the union’s monopoly on the hiring of dock labor to comply with a European Court ruling in December 2014 that the Spanish system violates the EU freedom of establishment.

Spain was fined 15.6 million euros last July for not changing its system and is facing daily penalties of 27,500 euros until it complies with the court ruling.

Canada Trade and Shipping Outlook
TPM22: What We Learned — Container Shipping in the Crosshairs
Managing E-Commerce From Order to Delivery and Beyond
END_OF_DOCUMENT_TOKEN_TO_BE_REPLACED