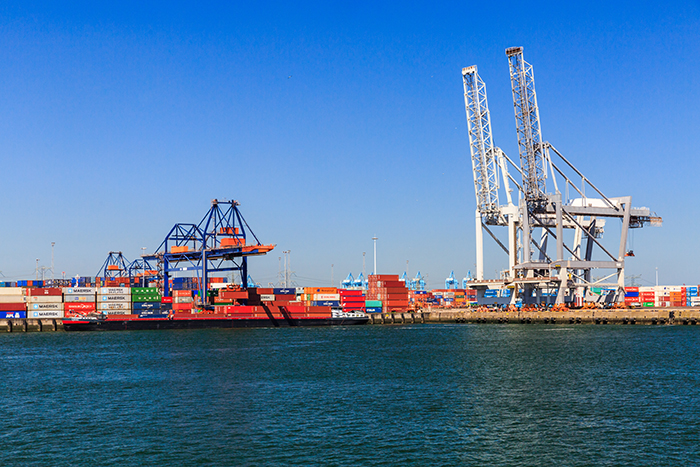 Rotterdam's growth put space between it and rival Antwerp, which had been gaining ground on Europe's largest port.

Rotterdam’s container traffic increased 9.3 percent in the first half of the year, driven by the new carrier alliances’ shipping schedules that ended an extended period of declines and slow growth and boosted its Le Havre-Hamburg market share to a 15-year high.

The port said the strong container performance was the key contributor to a 3.9 percent increase in total throughput to just short of 238 million tonnes from 229 million tonnes in the previous year.

The increase in first-half container traffic, which outpaced a record quarterly growth of 8.8 percent in the first three months, contrasts sharply with the slim 1.2 percent full-year growth in 2016 to 12.4 million TEU.

The strong first-half growth lifted Rotterdam’s share of the dominant Le Havre-Hamburg container market to 30.9 percent from 29 percent in the same period in 2016.

The sharp rise in traffic widened Rotterdam’s lead over Europe’s second-ranked container port Antwerp, which has steadily narrowed the gap in recent years, but slipped to an increase of just 1.9 percent in the first half of 2017 to 5.14 million TEU.

The Rotterdam Port Authority said traffic was driven higher by the significant increase in productivity of the two new terminals on its Maasvlakte II site, which enabled them to attract cargoes from other ports.

This is reflected in the new shipping schedules of the shipping alliances — Ocean Alliance and THE Alliance — that launched in April. The new alliances have challenged Rotterdam's and Antwerp’s river barge operations, with operators instituting congestion surcharges.

“Rotterdam has been frequently included in the schedules as the first or last port of call because vessels can arrive or leave here fully laden, which is not always the case in other ports,” the port authority said.

Rotterdam’s easier accessibility for the largest ships compared with other ports has driven the 22.6 percent increase in transshipment volume, with deep-sea cargoes — which grew 6.3 percent — being shipped to and from smaller ports in northwest Europe.