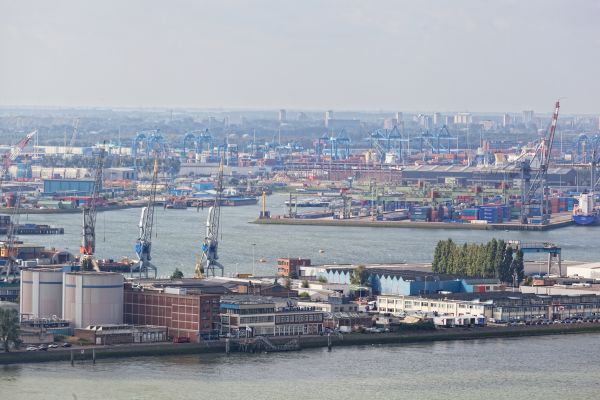 The European Union has opened an in-depth investigation to determine whether tax breaks for publicly owned Dutch ports, including Rotterdam, breach its state aid rules.

The European Commission, the EU’s executive arm, said it “has concerns that exempting certain companies [from corporate tax] merely because they are publicly owned may give them an advantage over their competitors.”

The announcement comes four months after Rotterdam, Europe’s biggest container port, claimed it is losing almost one million containers a year to its rivals, led by second- and third-ranked Hamburg and Antwerp, who receive “ unfair” subsidies from the German and Belgian governments.

The Commission said it has also told France and Belgium that it has concerns over the taxation regimes for their ports and has asked Germany to provide further information “to ensure that there are no undue competitive advantages being granted to [its] ports.”

“Fair competition is crucial for all market players,” EU competition commissioner Joaquin Almunia said. “The Commission therefore needs to verify that public companies, including port operators in the Netherlands , are not given more favourable tax treatment than their private competitors.”

“Furthermore, there should be a level playing field between ports in the EU, so it is important to make sure that state aid rules are being complied with in all member states,” he said.

The Commission, acting on complaints, asked the Dutch government in May 2013 to abolish rules dating back to 1956 that exempt certain public companies from corporate tax.

The Dutch government agreed to subject public companies to corporate tax, but said a number of exceptions would remain in place, mainly for five ports including Rotterdam and Amsterdam.

In a bid to boost cross-border competition and create a level playing field across the sector, the Commission sent a questionnaire to all member states in 2013 to get an overview of corporate tax systems for ports.

The Commission said its investigation has unearthed possible corporate tax advantages for publicly and privately owned ports in several of the EU’s 28 member states. Some ports benefit from tax exemptions or lower tax rates.

The Port of Rotterdam Authority, whose annual tax bill will increase by around €50 million ($68 million) if it is subject to corporate taxation, has launched a campaign against subsidies enjoyed by its EU rivals.

Rotterdam, which handled nearly 11.7 million 20-foot-equivalent units in 2013, would increase container traffic by 7 percent if neighbouring countries did not subsidize their ports, according to a study commissioned by the Dutch Ministry of Infrastructure and Environment.

This would rise to 10 percent if the costs of dredging the Elbe, Scheldt and Maas rivers, which connect Antwerp and Hamburg to the open sea, are included, according to the study by Rotterdam’s Erasmus University and Ecorys, a consultancy, published in March.

“The Port of Rotterdam Authority finances investments in port infrastructure itself, whereas the governments in Flanders [Belgium] and Germany contribute or make up the difference if their port managers make a loss,” according to Allard Castelein, CEO of the Port of Rotterdam Authority. “That leads to a distortion of the market, so that the [container] terminals in Rotterdam lose cargo to their rivals in Hamburg and Antwerp in particular.”