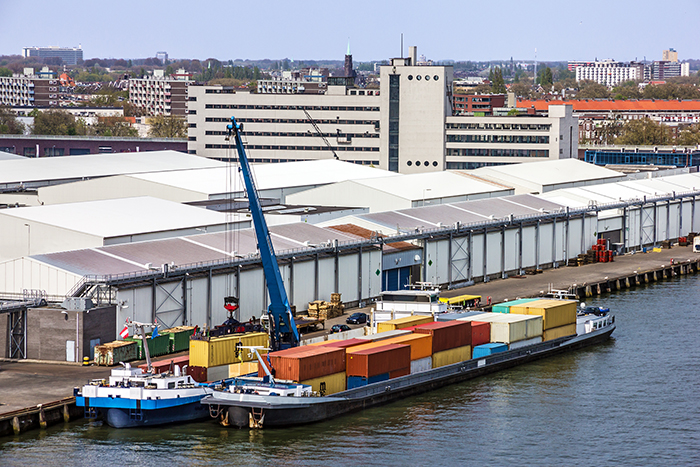 Barge operations in Rotterdam and Antwerp are taking much longer than usual.

A leading European barge operator is imposing a congestion surcharge in Antwerp and Rotterdam in response to lengthening delays in loading and unloading at the two largest European container ports.

Contargo said customers must pay 19.5 euros per container from July 14 until August 31 “irrespective of the navigational area of the Rhine [River]” for all loads and terminals at the ports.

The German inland waterway and rail operator said its fleet has had to wait for increasingly long periods to load and unload containers.

“Throughput times of 50 hours, peaking at up to one 120 hours, are unfortunately no longer an exception.”

If the situation has not improved by the end of August, Contargo said it will have to extend the congestion surcharge.

Customers are obliged to reimburse costs of delays in loading and unloading cargoes under German law.

Contargo, which transports around 2.4 million TEU annually between north European ports and their hinterland markets, attributes the delays in Antwerp to the rising number of ship calls and a shortage of workers during the summer vacation season.

Rotterdam, Europe’s top container hub, has faced growing barge congestion since February, linked to deep-sea ships failing to arrive on schedule and the restructuring of services by the new ocean carrier alliances that launched in April.

Inland waterways account for an increasing volume of Europe’s hinterland traffic, including containers, due to a shortage of rail capacity and moves by governments to reduce transport by road for environmental reasons.