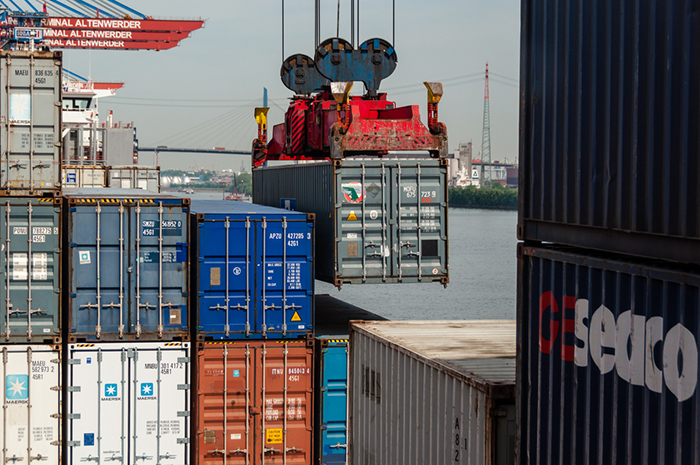 The traffic decline at the Port of Hamburg, pictured, which cost the port its No. 2 spot on Europe's port rankings, has slowed considerably.

The port of Hamburg consolidated its recovery from last year’s 9 percent slump in container volume, with traffic shrinking just 0.1 percent in the first three quarters of 2016.

Russian traffic, which fell sharply in 2015, also recovered, posting a 4.4 percent year-over-year increase to 337,000 TEUs despite the continuing Western sanctions against the Kremlin.

Hamburg continues to lessen its dependence on the Asia-Europe trade, highlighted by a 6.8 percent increase on the India route to 188,000 TEUs, making it the port’s eighth-largest container trade partner.

Europe’s third-largest container hub posted a 7.7 percent increase in traffic with the United States and saw Mexican shipments soar by 18 percent in the first nine months of the year.

Hamburg also outperformed top-ranked Rotterdam, which posted a 0.4 percent decline in traffic in the first nine months to 9.27 million TEUs, but lost further ground to second-placed Antwerp, which boosted volume by 4 percent to 7.56 million TEUs.

Long the No. 2 port in Europe, Hamburg lost the position last year as container traffic fell to 8.8 million TEUs due to Asia-Europe weakness and the sanctions against Russia.

The strengthening container performance has helped pad the pockets of Hamburg’s largest terminal operator HHLA, which increased earnings before interest and tax 2.4 percent to 126.9 million euros ($138.3 million) from 123.9 million euros a year earlier as revenue was up 0.2 percent at 871 million euros.

HHLA does not forecast strong growth this year, but does expect to see its existing capacity taxed in the future, and has exercised an option for three more ship-to-shore gantry cranes capable of working 20,000-TEU mega-ships.