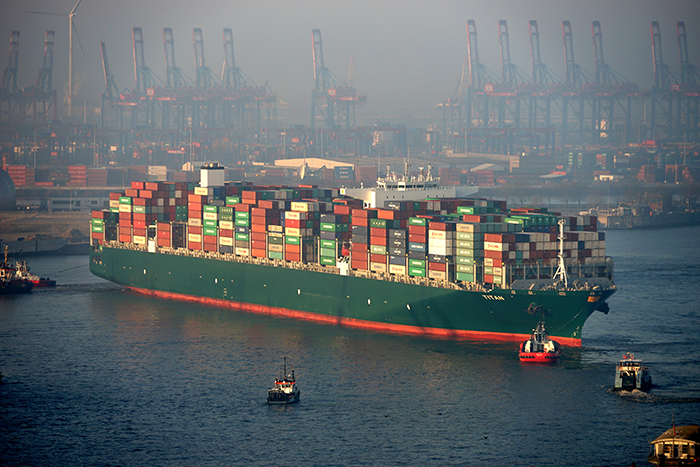 The port of Hamburg announced Tuesday it has completed the widening of the entrance to the Vorhafen Harbor Basin, which will improve access for container ships and cruise vessels.

The port authority said the project, which has been completed on schedule and within budget, will allow the passage of ships with a beam of up to 400 meters (1,312 feet), up from the previous maximum of 300 meters.

The project also provides additional waiting berths for feeders, which will reduce vessel movements in the highly fragmented section of the port.

“The widened Vorhafen basin entrance has made vessel traffic management more efficient, easier to plan and safer,” said Jens Meier, chairman of the management board of the Hamburg Port Authority.

“With the now optimized waterside access we have added another important piece to the port’s infrastructure that will further increase the competitive edge of the port of Hamburg and benefit both container shipping and cruise shipping.”

Tuesday’s announcement comes a month after a German federal court gave Hamburg the conditional go-ahead to deepen the river Elbe and its 38-mile navigation channel to the North Sea, enabling Europe’s third-largest container hub to handle the largest loaded container vessels around the clock.

While the court ruled Hamburg must address several environmental issues before it can start dredging the river, it marks a major breakthrough for the port, which first sought planning permission almost 15 years ago.

Hamburg handled 8.9 million 20-foot-equivalent units in 2016, a small but significant 1 percent increase that marked a rebound from a 9.3 percent decline in 2015.