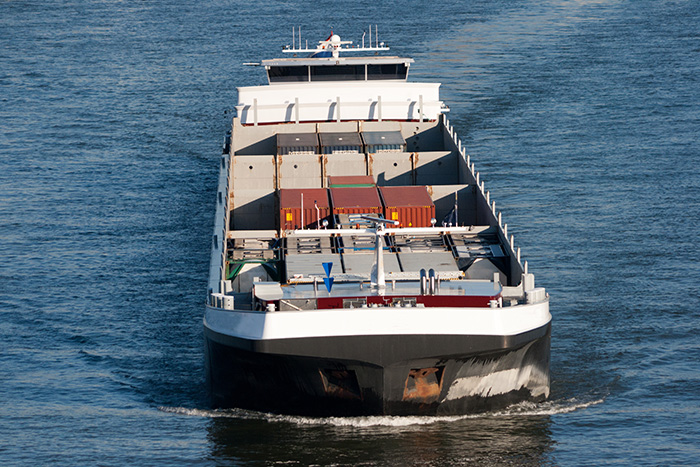 The delays have worsened because of last week's closure of APMT terminals due to a cyber attack.

Inland barges are facing longer delays loading and unloading at Rotterdam and Antwerp with no sign of an early easing of congestion at Europe’s largest container ports.

Barges are having to wait up to 96 hours to process their cargoes at Antwerp owing to the large number of ships calling at the Belgian port and the shortage of workers in the vacation season, according to Contargo, a leading European barge and rail operator that handles around 2.4 million TEU per year.

“Just now it is very difficult to estimate the time barges will spend in the seaport, although we are making every effort to limit the delays by early notification,” the German company said.

Barges are facing delays of between 36 and 96 hours at some terminals in Rotterdam, particularly APM Terminals’ (APMT's) two facilities at Europe’s largest container port, which were closed down following a cyber attack on the parent Maersk Group last week.

Barges were already facing delays of up to seven days at the Rotterdam World Gateway terminal in May, mainly due to the restructuring of sailing schedules by the new carrier alliances that launched on April 1.

Inland shipping, which is a major transporter of containers to and from Rotterdam’s hinterland, also faced delays in February and March due to capacity bottlenecks caused by rising shipments and vessels’ declining punctuality.

The European Shippers’ Council attributed the congestion to carriers’ moves to reposition their vessels to ensure there were sufficient containers in Asia before the two new alliances — Ocean Alliance and THE Alliance — began operations.