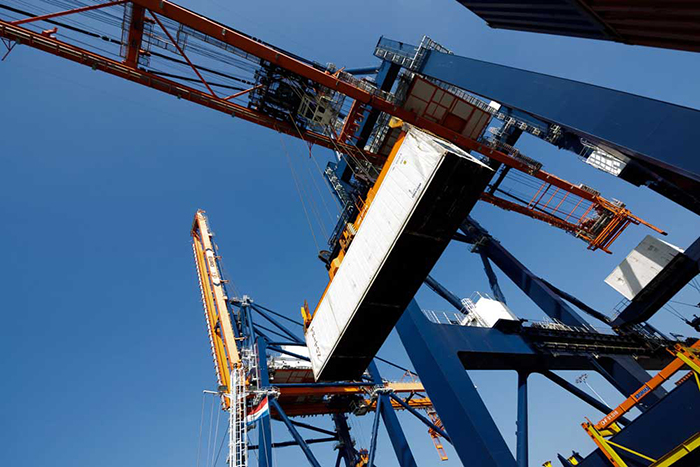 Europe joins India in reporting that the SOLAS rule implementation has been largely without incident.

LONDON — There are no reports of disruption at Europe’s three largest container ports Friday as a new international regulation requiring the weight of an export container to be verified before it can be loaded onto a ship came into force.

“There is no disruption ... everything is going according to plan,” said Nadine Vos, a spokesperson for the port of Rotterdam, Europe’s biggest container hub, which handled 12.2 million 20-foot-equivalent units in 2015.

“So far, we don’t have any problems ... but it is far too early to make any final acknowledgement,” said Karl-Olaf Petters, spokesperson for HHLA, the largest container terminal operator in Hamburg, Europe’s third-largest, box hub, with a traffic of 8.85 million TEUs last year.

“There are no delays to containers ... there might be growing pains here and there but not serious enough to impact waiting times,” according to Annik Dirkx of the port of Antwerp, Europe’s second-ranked box hub, which handled 9.65 million TEUs last year.

“There’s no disruption,” to containers arriving by rail or truck at Felixstowe, said Paul Davey, head of corporate affairs at the U.K.’s largest container port, which has an annual traffic of more than 4 million TEUs.

“We are looking very optimistic,” HHLA's Petters said about the terminal operator's situation. While terminals in Europe and India seem to have adjusted to the new rule with relative ease, questions remain over its implementation in Africa and Asia.

National guidance on the rule has been haphazard and spotty around the globe, but governments in Europe were some of the most proactive, with the U.K., Denmark and France releasing their expectations for shippers months ahead of the July 1 start.