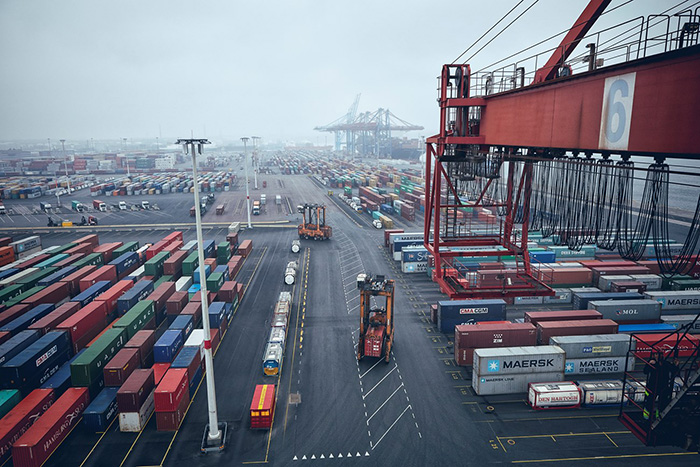 The dispute between dockworkers and APM Terminals Gothenburg has grown so acrimonious that government intervention is now a possibility.

The lockout on evening and night shifts until June 30 and the Swedish Dockworkers Union’s (SDU's) ban on overtime and the hiring of pool workers escalate a year-long dispute that has forced container lines to divert calls to neighboring ports in recent weeks.

APM Terminals said it will be able to offer only a limited daytime service between 7 a.m. and 4 p.m. on weekdays and during normal working hours over the weekend.

The union had suspended industrial action in hope of cutting a deal with APM Terminals in its pursuit of a collective bargaining agreement separate from the one that applies across the rest of the Swedish waterfront.

“We are always open to negotiations ... we didn’t want the conflict,” SDU official Robert Lindelof told JOC.com. “APM Terminals has given us no choice ... it’s a very grim situation.”

APM Terminals “has done everything” over the past year to resolve the conflict but was forced to take protective action against the SDU’s latest threat of industrial action to protect its business, according to Henrik Kristensen, CEO of APM Terminals Gothenburg.

The SDU, which represents around 85 percent of the terminal’s workforce, claims the lockout will have twice the impact as all of its industrial action over the past six months.

The Swedish state mediator could order a halt to APM Terminals' lockout and the SDU’s industrial action if it decides the situation is seriously harmful to the national economy, Lindelof said.

The union has “very good relations” with DFDS, the Danish shipping and logistics company that operates Gothenburg’s second-largest terminal, where traffic is running at an all-time high, according to Lindelof.

The impact of the dispute was highlighted by Maersk Line’s announcement that from next week all import containers for Sweden will be discharged at the German port of Bremerhaven for onward transportation to the country.

“The booking stop will be effective immediately and remain until we have a clear overview of how the announced lock out will impact our capacity,” the carrier said, adding it is investigating all possibilities to increase its capacity from other Swedish ports.

Atlantic Container Line, which has been calling at Gothenburg since the 1960s, has said it may be forced to quit the Swedish west coast port because of slumping productivity that has cost it an average 20 hours per vessel call this year.

Meanwhile APM Terminals and Maersk Line, both owned by the Maersk Group, face fresh problems in Spain as dockworkers will stage eight days of alternative hour strikes between May 24 and June 9 to protest the Madrid government’s planned reform of the country’s dock labor system.

The conflict grew heated this week after the minority Popular Party administration scraped a small parliamentary majority — at its second attempt — to bring Spanish regulations in line with those across the rest of the European Union waterfront.

Maersk Line has estimated that a previous 10-week bout of industrial action cost it around 12 million euros ($13.3 million) as it was forced to divert 73 vessels, many due to call at APM Terminals Algeciras transshipment hub, to other ports, including Tanger Med, Morocco; Sines, Portugal; and Egypt’s Port Said terminal.

How to Improve OTIF: 15 Tips for On Time and In Full Delivery
END_OF_DOCUMENT_TOKEN_TO_BE_REPLACED