Companies fight it out for Russia’s largest stevedore

Companies fight it out for Russia’s largest stevedore 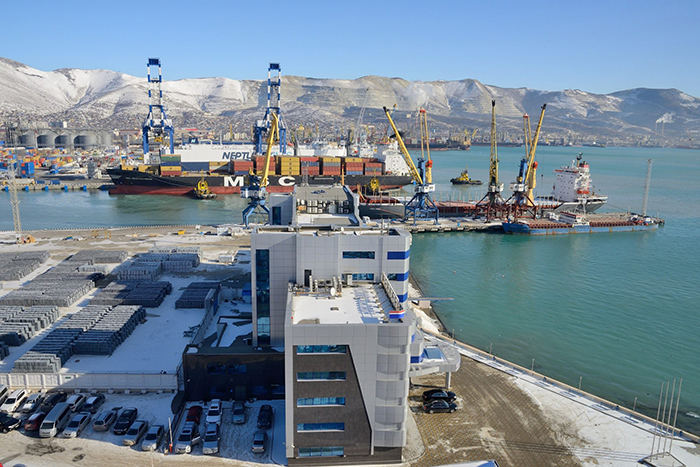 The port of Novorossiysk, pictured, is the largest Russian Black Sea port.

NCSP’s assets include the ports of Novorossiysk, Primorsk, and Baltiysk. The deal would involve a still undetermined majority stake of the company valued at no less than $1.5 billion, but Russian policy could dampen international interest or prevent international ownership.

Among the bidders are the Summa Group, the Delo Group of Companies, and DP World. The port of Novorossiysk is the most valuable of the three ports as it is the largest Russian Black Sea port and handles a wide array of cargo including containers, breakbulk, bulk, and liquid bulk.

The sale of NCSP will include the 20 percent share of the Russian government, 25 percent held by Transneft through a joint venture with the Summa Group, and 5.3 percent owned by the Russian rail monopoly RZD, according to Viktor Olersky, Russia’s deputy minister of transport. The deal could also include another 10.5 percent stake in NCSP owned solely by Transneft, the world’s largest oil pipeline company. All told, the deal could involve taking ownership of 50.35 percent to 60.85 percent of NCSP.

Any prospective buyers, however, would have to take recent policy moves by the Russian government under consideration.

The country’s competition watchdog, the Anti-Monopoly Service, recently announced plans that could force stevedores to use rubles rather than dollars for calculating tariffs, and cap terminal operator profits to 20 percent of earnings before interest, taxes, depreciation, and amortization. Those plans are set to be finalized by the end of the year.

Should the regulation take force as proposed, the overall value of NCSP will suffer, said Sultan Batov, head of NCSP. He added the company would not comply with the mandate to use rubles for setting all tariffs, and would only do so for coastal cargo shipments.

Sources close to DP World told JOC.com that the looming regulation also devalues NCSP in its eyes, and has created confusion over how DP World should proceed.

The stevedore pricing rule is not the only concern, as Russia also has a law in place limiting international ownership of strategic assets.

DP World in March made an agreement to purchase a 49 percent stake in a Novorossiysk container terminal with an option to take full ownership after 2030, but that deal is now in danger because of those restrictions, according to Olersky of the transport ministry. The Delo Group, which owns the terminal, has said that negotiations are ongoing.

Although international terminal operators could be rebuffed from acquiring full ownership of NCSP because of its size, DP World is in a unique situation because of its JV with the state-backed Russian Direct Investment Fund to invest $2 billion in Russian infrastructure. DP World Chairman Ahmed Bin Sulayem has previously expressed interest in developing Russian infrastructure in the Baltic and Black seas.

National control of infrastructure like ports can be a sensitive subject, as DP World learned after its purchase of P&O Ports in 2006. An uproar in the United States over Arab ownership of US port terminals bred by racial resentment following the September 11 attacks led the company to sell off its stakes in those US terminals. DP World still does not have a presence in the United States.