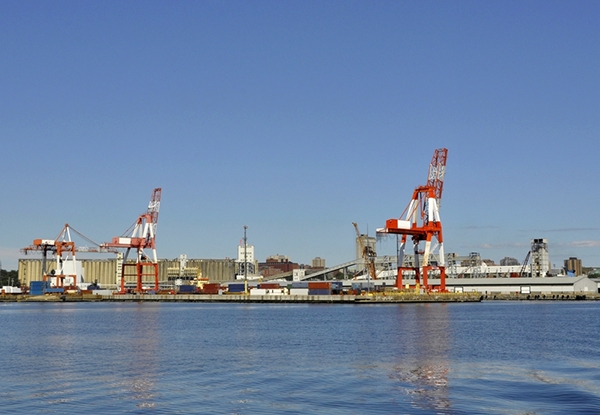 The volume of all containers handled by U.S. and Canadian East Coast ports in the fourth quarter of 2013 increased by 4.4 percent year-over-year to 4.2 million 20-foot-equivalent units, according to port-published data collected by the JOC.

The healthy fourth-quarter bump in throughput of imports, exports and empties was enough to lift growth of full-year 2013 volumes by 1.6 percent to 16.79 million TEUs from the 2012 total of 16.52 million TEUs at all North American East Coast ports.

In the fourth quarter Savannah’s throughput grew by 11.1 percent, driven by increases in both imports and exports. It recorded the biggest growth at any East Coast port, followed by Boston with 7.9 percent growth, Charleston with 7.5 percent and New York-New Jersey at 5.5 percent.

For the full year, Halifax’s throughput registered the biggest percentage growth, 6.1 percent year-over-year, albeit from a smaller base than other ports. It picked up new services from Asia via the Suez Canal, which helped boost volumes.

Charleston was the fastest-growing U.S. East Coast port, with 5.7 percent growth for 2013. It has targeted higher-than-average growth rates in order to regain volumes it lost to Savannah over the last decade. The Port of Virginia experienced the second-fastest U.S. growth rate — 5.6 percent — as containerized log exports to China rebounded from a ban imposed by China the year before and as it picked up some volume diverted by port congestion at New York-New Jersey. Baltimore, with 4.1 percent growth, had the third-fastest growth rate.

Carrier alliances and the use of big ships calling at fewer gateways are beginning to have an impact that will likely be seen more clearly in the numbers this year. Figures from the Pacific Maritime Association show that volumes at the Southern California port complex were up 2 percent last year while volumes in the Seattle-Tacoma complex were down 2 percent. NY-NJ was an anomaly last year because of its congestion problems, but generally, the gateways receiving the biggest ships will be growing at the expense of those ports that are not receiving big ships.