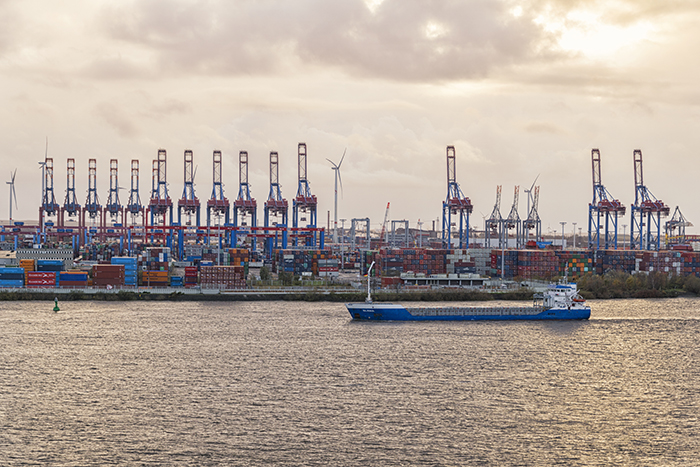 The Port of Hamburg views a deeper Elbe River as critical to its future success. Photo credit: Shutterstock

A German court on Wednesday swatted down a legal challenge to the planned dredging of the Elbe River, a win for Hamburg after the port sounded the alarm over its competitiveness because of draft restrictions for mega-ships.

Hamburg wants to add one meter of draft to the Elbe in order to eliminate the draft restrictions that make it so larger ships can only enter and exit the port during high tide. Hamburg, which after the dredging will be able to handle ships with drafts of 14.5 meters (47.6 feet), was Europe’s second-largest container port a few years ago but has since dropped behind Antwerp, which has deepened its access to the open sea and can handle ships with drafts of up to 15.5 meters depending on the tide.

Germany's Federal Administrative Court, which is the last stop for most administrative legal cases in the country, ruled that the port had adequately addressed earlier concerns over the environmental review process and that the importance of the project outweighed other issues, according to Deutsche Welle.

Port of Hamburg CEO Ingo Egloff had described the legal challenges as a “blockade” intended to prevent the dredging work altogether.

Deepening the Elbe is crucial for the port, as the number of mega-ships calling Hamburg has risen dramatically in recent years. In the first half of 2017, ships with a capacity of 18,000 TEU or above called at the port 54 times — more than a fivefold increase from first half of 2015. For the class of vessels with capacities of between 14,000 TEU and 17,999 TEU, the number of calls has more than doubled.

In recognition of the growing deployment of mega-ships and their unique operational challenges, Hamburg this week become one of a handful of ports in Europe to mandate appointments for truckers to better utilize port equipment and personnel.

Despite the concerns over the Elbe’s draft, Hamburg was ranked as the most reliable of Europe’s leading ports during the peak season, although traffic rose just 0.4 percent year over year to 6.8 million TEU in the first three quarters of the year. Of that total, 5.8 million TEU were loaded containers, an increase of 1.2 percent, but empties totaled 924,000 TEU, a year-over-year decline of 4.3 percent as mega-ships prioritized loaded boxes and sent out empties via other ports.

Hamburg’s total growth of 0.4 percent lagged the 10 percent jump in throughput at Rotterdam in the first three quarters as well as the 3.2 percent expansion at Antwerp.