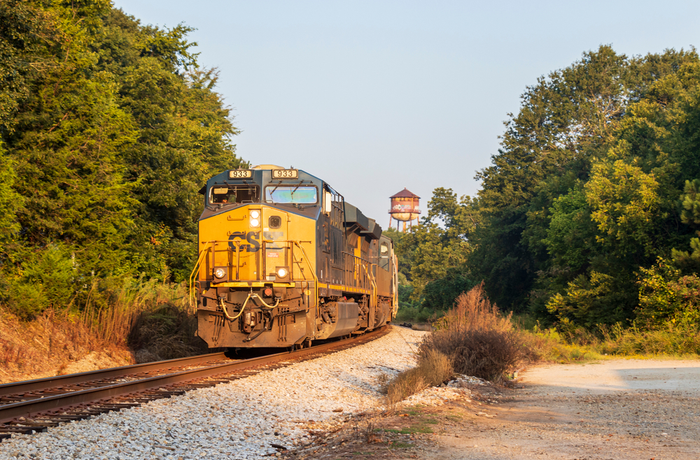 Daily intermodal rail service between a new inland port in upstate New York and the Port of New York and New Jersey will begin at the end of July, providing cargo owners greater service frequency and reducing truck traffic through two of the region’s largest marine terminals.

When CSX Transportation’s refurbished DeWitt facility in Syracuse fully opens at the end of July, the railroad expects it to handle up to 30,000 containers annually from importers of consumer goods and retail goods and, potentially, agriculture exporters.

The inland port provides cargo owners an alternative to the 245-mile truck haul, as the region attracts more distribution centers. Next year, Amazon is expected to move into a 3.8 million-square-foot warehouse being built in the neighboring town of Clay, New York.

The service had a soft launch in the fourth quarter of 2019. Prior to being refurbished, DeWitt was a “wheeled” operation, with shippers required to have chassis in place for containers coming in and out of the yard, said CSX spokesperson Cindy Schild.

CSX began upgrading the DeWitt facility with the help of a $19 million grant from New York state made in July 2018. The upgrades include new cranes and lift equipment, additional yard space for stacking containers, and technology and security enhancements for international import-export moves.

With the last of the upgrades now complete, DeWitt will be a “grounded” container operation, increasing its capacity and allowing outside intermodal marketing companies to move freight through there, Schild said.

While the Port Authority of New York and New Jersey (PANYNJ) was not directly involved in the DeWitt modernization, the project does further the agency’s goal of moving more freight through its $600 million ExpressRail on-dock rail system.

Over the last six months, CSX has been moving about 20 containers weekly between Elizabeth and Syracuse, said Cory Wyatt, manager of intermodal rail development for PANYNJ. Citing CSX estimates, Wyatt said between 200 and 400 containers a week move via truck between Elizabeth and Syracuse, some of which could be converted to rail. Freight going through terminals other than Elizabeth will also be able to tap the new service because Elizabeth’s on-dock rail site has outside truck gates.

Rail’s share of inland moves is holding up well, despite higher availability of truckload capacity caused in part by a downturn in container volumes during the COVID-19 crisis, said Beth Rooney, deputy port director of PANYNJ.

Container lifts on ExpressRail through May 2020 are up almost 3 percent over the same period last year, she said, while overall TEU volume through the port is down 7 percent year over year. Rooney said the boost stems from shippers targeting inland Midwest destinations using the longer ocean voyage to the US East Coast for inventory management purposes.

Along with strengthening the catchment area for container imports into New York and New Jersey, the Syracuse depot also aims to boost the ports’ share of bulk commodity exports, Wyatt said. “There’s a lot of potential exports up there,” Wyatt said. “You have lumber, grain, all sorts of stuff that could come back our way. CSX is obviously hoping that it’s two-way traffic.”

DeWitt’s long-term viability as an intermodal depot will depend on drawing in enough import containers to balance out the needs of exporters, which is still an uncertainty. A study commissioned by New York state on the inland port said declining regional population means its consumer market “is not growing in a manner that supports steady demand for imported goods.”