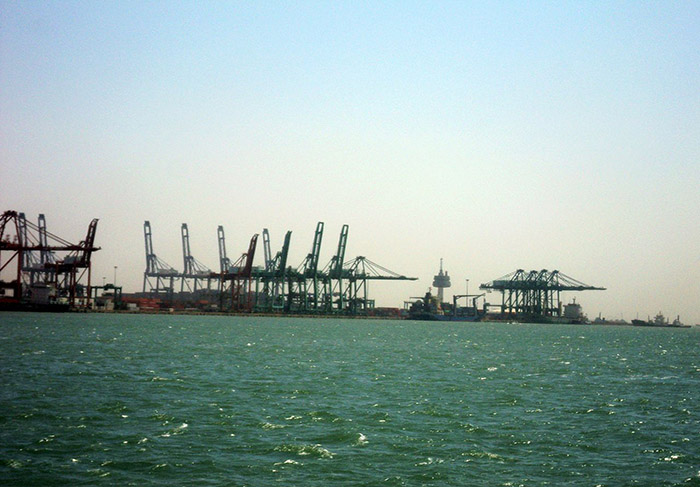 Port of Tianjin with cranes of the Five Continents Container Terminal in the background.

Container operations at the Port of Tianjin are returning to normal after two explosions rocked the 10th largest global container port and the main gateway serving Beijing.

Container ships previously anchored and awaiting entrance to the port have been allowed to berth and unload cargo, according to AIS Live data analyzed by JOC.com and IHS. As of midnight local time, there were 19 container ships at berth in the port of Tianjin while another five awaited anchor.

While all terminals are now operating, the temporary shutdown and devastation of the explosion in the port’s immediate environs has caused many warehouses and depots to remain closed, leading to severe congestion.

Carriers and shippers are still trying to gauge how much cargo was lost but the Chinese government has restricted access to the locations of the worst devastation for the moment. Drone footage of the blast site and port area showed what seemed to be thousands of containers twisted and torn asunder.

The explosion is said to have begun in a container housing dangerous goods and the Chinese government has reportedly reacted swiftly, instituting an emergency decree to bolster the inspection of shipments of chemicals and other hazardous goods, according to Xinhua.

The port is the sixth-busiest in China and handled 7.2 million TEUs in the first half, a 5 percent increase on the first six months of last year. Tianjin was the second-most productive port in the world behind Dubai’s Jebel Ali, according to the JOC Port Productivity Rankings. The port was tied for first place with its Chinese counterpart Qingdao for the most productivity in terms of ships over 8,000 twenty-foot-equivalent units.

JOC Uncharted: Vaccine delivery to soak up air capacity for up to 18 months