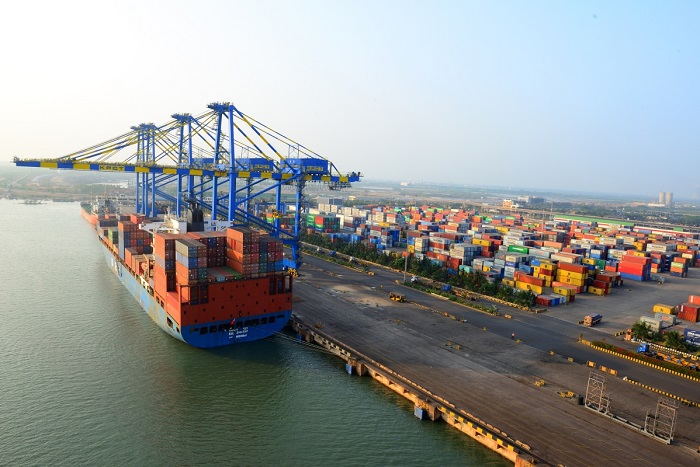 India’s Krishnapatnam-Obulavaripalle rail corridor project, which is behind schedule owing to land acquisition and funding problems, will likely progress quicker as a result of a new government grant.

The connectivity upgrade program — involving Rs. 1,850 crore (about $255 million) — is critical for the privately operated minor port of Krishnapatnam as it eyes stronger growth from rising transshipment volume following the cabotage relaxation for foreign-flag ship operators.

“The new rail corridor connecting Kadapa city with Krishnapatnam port will help optimize costs [and] accelerate growth while enhancing the city’s exim [export-import] competitiveness,” said Anil Yendluri, managing director of KRCL. “This would result in huge savings both in freight costs and time to help develop Kadapa into a discrete trading cluster through multimodal logistics solutions.”

A 21-kilometer, single-line track from Krishnapatnam to Venkatachalam opened in 2009, which subsequently has been upgraded to double-track operations. Work on the hinterland connectivity project started in 2012.

Under the current/second phase, construction of a 94-kilometer stretch from Venkatachalam to Obulavaripalle is under way, according to KRCL.

“In India, smooth connectivity to ports is even more important, as the cargo generating centers are mainly in the hinterland instead of in the coastal region. The long lead distance increases the logistics cost and time variability within which the cargo can be delivered,” the company stated.

Krishnapatnam is located about 112 miles north of Chennai. The private harbor features a sophisticated infrastructure and spare capacity, but the key factor aiding growth of transshipment activity there is its strategic pricing policy. One example: a study by global consulting firm McKinsey & Co. found that Krishnapatnam’s transshipment-related service rates are roughly 15 percent lower than those at its public peers, including Chennai and Visakhapatnam for such calls.

The Krishnapatnam rail corridor complements an array of similar projects the government has rolled out under its mammoth Sagar Mala port development program. A separate company, dubbed Indian Port Rail Corporation Ltd. (IPRCL), has also been established to speed planning and execution.