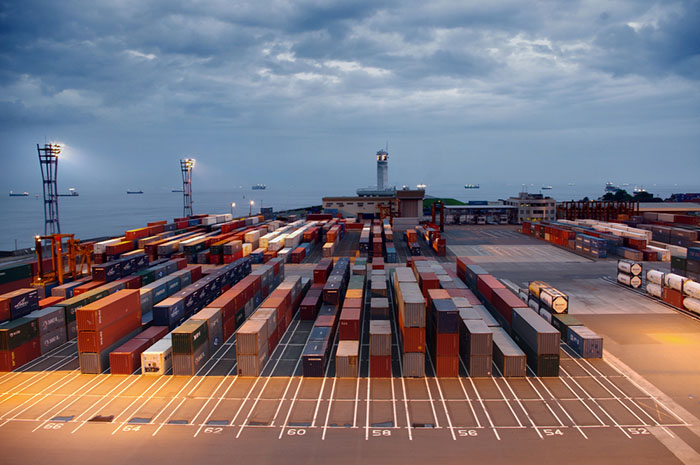 Foreign trade-related container throughput at the port of Yokohama fell for the seventh month in a row in October as the government of Japan takes action to shore up the international competitiveness of its key container ports.

The port, which in 2014 was ranked the fifth-most productive port in the world by the Journal of Commerce, handled 216,790 boxes in October, 3.8 percent lower than last year, according to figures released yesterday by the City of Yokohama.

On a year-to-date basis, the port handled 2.1 million foreign trade-related containers, down 4 percent on the first 10 months of 2014.

While the volume of boxes handled dropped, the number of container ships calling at the port has been more or less stable on both a monthly and 10-month basis compared with last year.

Japan’s transport ministry recently said it would set aside 81.5 billion yen ($679 million) in fiscal 2016, which starts in April, to take measures to “strengthen the functions of strategic international container ports.” That figure is up 8 percent from fiscal 2015.

The ministry said the funds would be used to help the international container ports capture cargo, strengthen their competitiveness, and create demand by helping the ports to construct nearby logistics facilities.

The Port of Yokohama, the Port of Tokyo and the Port of Kawasaki, all located in Tokyo Bay are collectively known as the ‘Port of Keihin’ and are designated by the government as strategic international container ports.

The government hopes that its increased support will allow the ports to better compete with rival ports in other Asia countries, such as the Port of Busan in South Korea.

The Japan press recently reported that the two companies operating the Port of Yokohama and the Port of Kawasaki may merge by the spring as part of efforts to boost the international competitiveness of the container ports.

Citing unnamed sources, the Kanagawa Shimbun, a local newspaper based in Yokohama City, reported that Yokohama Port Corp. and Kawasaki Rinko Soko Futo Co. will merge by the end of March, creating a new company.

The government of Japan is expected to invest in the new company.

In April 2014 Japan passed a bill to amend the Ports and Harbors Act that took effect in July 2014 and specifically allows the national government to acquire equity stakes in the operators of “strategic international container ports.”