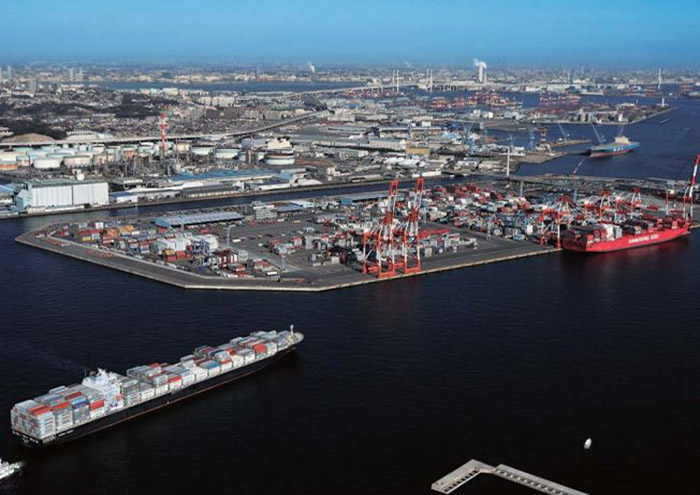 The two companies operating the Port of Yokohama and the Port of Kawasaki in Japan may merge by next spring in a bid to shore up the sagging international competitiveness of the key container ports.

If the two ports in Kanagawa Prefecture, west of Tokyo, are managed in an integrated manner, they may be able to make their operations more efficient and better compete with rival ports in other Asia countries such as the Port of Busan in South Korea.

Citing unnamed sources, the Kanagawa Shimbun, a local newspaper based in Yokohama City, reported that Yokohama Port Corp. and Kawasaki Rinko Soko Futo Co. will merge by the end of March, creating a new company.

The government of Japan is expected to invest in the new company. Details of the new company such as personnel affairs and the headquarters’ location have yet to be worked out, the newspaper reported.

The agreement between Yokohama Port Corp. and Kawasaki Rinko Soko Futo Co. comes as more than two years of trilateral merger talks that included Tokyo Port Terminal Corp., which operates the Port of Tokyo, failed to reach an agreement, the newspaper said.

The talks seem to have failed because of the Tokyo city government’s unease over the role of the national government in daily port operations.

The central government designated the Ports of Keihin and the Ports of Hanshin as “strategic international container ports” in August 2010, paving the way for the government to increase its influence in the ports sector.

Japan in April 2014 passed a bill to amend the Ports and Harbors Act that took effect in July 2014 and specifically allows the national government to acquire equity stakes in the operators of “strategic international container ports.” These ports are also eligible for interest-free loans from the government.

The Hanshin ports of Kobe and Osaka were the first ports the national government invested in when it purchased a 34.2 percent stake in December 2014. The cities of Kobe and Osaka, which were initially 50-50 partners in the Kobe-Osaka International Port Corp. now each hold stakes of 30.8 percent following investments from Japan’s three largest private banks.

The central government’s investment in Kobe-Osaka International Port Corp. marked a significant shift in its hands-off port policy, as it had previously let local governments operate such facilities on their own.

The national government hopes that the number of containers handled by the key container ports in the Keihin and Hanshin areas will rise significantly as a result of its direct involvement in their operations.