Japan’s government on Friday acquired a majority 50 percent stake in the company operating the ports of Yokohama and Kawasaki for 500 million yen ($4.4 million), allowing the terminal operator to jack up its capital investment.

The move is part of a series of steps taken since 2010 to strengthen the international competitiveness of the country’s ports by increasing funding from the national government and consolidating port administrations and planning. 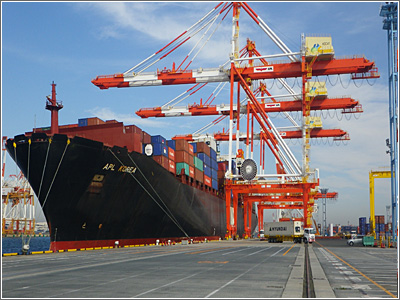 The national government took the stake in in the company, which was established in January, by acquiring new shares issued under a third-party allotment scheme, Japan’s transport ministry said. The company’s official English name has not been released, but translates as Yokohama-Kawasaki International Port Corp.

Other investors include the municipal governments of Yokohama and Kawasaki and one of Japan’s top three banks, Sumitomo Mitsui Banking Corp.

The Yokohama government, the Kawasaki government and Sumitomo Mitsui Banking now hold stakes in Yokohama-Kawasaki International Port of 45 percent, 4.5 percent and 0.5 percent respectively, according to the transport ministry.

The Port of Yokohama is one of Japan’s five biggest container ports, along with the ports of Tokyo, Kobe, Nagoya and Osaka. The government in 2010 designated these “strategic international container ports,” which opened the door to merging port operators and more national funding.

The national government hopes this increased support allows the key domestic container ports to better compete with rival ports in other Asian countries such as the Port of Busan in South Korea.

Yantian terminal congestion to take at least week to clear