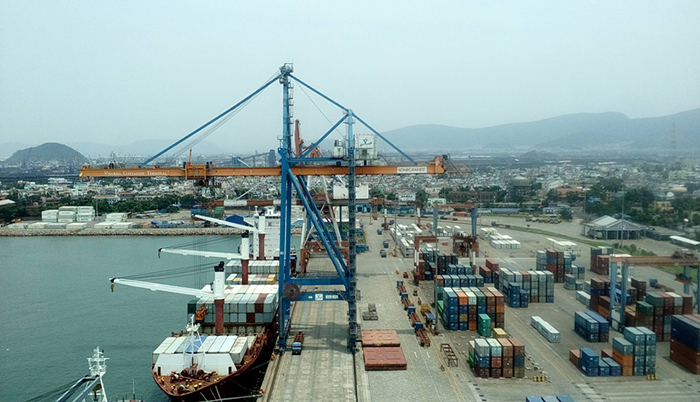 Traffic at the Visakhapatnam Container Terminal has increased by more than a quarter in the 2016 to 2017 fiscal year.

Wan Hai Lines is focusing on new growth areas in east India after solidly positioning itself on the country’s west coast with a host of weekly calls at Jawaharlal Nehru Port Trust (JNPT) and Mundra Port.

The two partners have provided a vessel each for the joint loop, which is meant to tap into growing transshipment volumes from India’s eastern region.

“After extensive study and seeing the industrial growth in the hinterland on the east coast of India and the role the port of Vizag [Visakhpatnam] plays as a gateway to this region, Wan Hai has taken its first step by putting in its SC 1 service," the Taiwan-based line said in a trade advisory.

Wan Hai currently has three weekly sailings from JNPT, and two sailings each from Chennai and Mundra, which together account for the majority of India’s containerized freight.

“Wan Hai is committed to being a major operator in the India Far East trade and is committed to constantly upgrading their services both in terms of capacity and frequency to benefit the trade,” the carrier said.

The Visakhapatnam Container Terminal (VCT) is a joint venture between DP World and Mumbai-based J.M. Baxi Group. An estimated $100 million expansion is under way at the port to extend the private terminal’s existing quay length to 845 meters (2,772 feet) from 450 meters at present and double its throughput capacity to 1 million twenty-foot-equivalent units (TEUs) per year.

VCT has been growing at a rapid pace over the past year thanks to new production sites in the region and diversion of some cargo from Chennai Port as a result of chronic productivity issues at the public harbor. Port statistics collected by JOC.com, part of IHS Markit, showed Viskhapatnam’s volume from April 2016 to February increased 27 percent year-over-year to 332,000 TEUs from 262,000 TEUs.