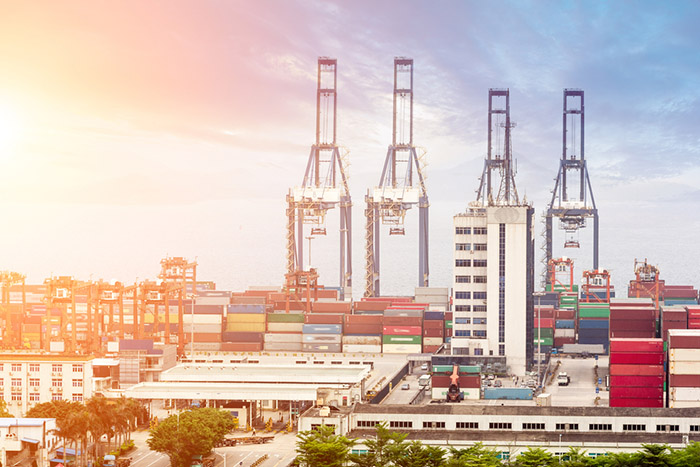 Throughput at China’s top eight container ports showed a modest fall in September as the after-effects of the deadly August blasts at Tianjin port continue to weigh on the numbers.

Volumes at Tianjin, which is China’s sixth-largest container port and the 10th-largest in the world, dropped by more than 25 percent year-over-year in September to 922,000 20-foot-equivalent units. Year-over-year throughput at Tianjin was down almost 28 percent in August.

Volume in China’s top eight ports combined was down by 0.4 percent to 12.56 million TEUs in September compared to the same period last year, after a fall of 0.6 percent in August, according to figures released by the Shanghai Shipping Exchange. Historical and current throughput data for these ports and other major global container gateways can be found on JOC.com's Market Data Hub.

September trade data, meanwhile, showed China exports down 3.7 percent in value from the same period last year, while the value of imports tumbled more than 20 percent.

In addition to Tianjin, Shenzhen and Dalian also saw volumes fall. Dalian had a drop of 8.8 percent while volume at Shenzhen fell 1.7 percent.

It was feared that the blasts at Tianjin, which killed more than 160 people, could result in disruption at the port and supply chain problems for months to come. A report on the impact of the disaster by Supply Chain Technology firm Resilinc said shippers could expect delays arising from the government reaction to the incident and should expect additional scrutiny of cargo and stricter regulations and punishments.

The Binhai New Area, the sub-provincial district in which the port is located, set up a dedicated office with nearly 100 personnel to carry out inspections on enterprises in the area that transport dangerous goods. The government said inspections would be carried out to the end of the year.

Terminal operators at the port are under strain with additional administrative work because the building that processed much of the port’s paperwork was severely damaged in the blasts, forcing them to deal directly with forwarders, haulers and other logistics players. Labor shortages are also a concern after residents fled the area due to fears of water and air contamination, Resilinc said.

Located on the Bohai Sea to the east of Tianjin’s main urban sprawl, the Binhai New Area was set up as a base for industrial reform and innovation. It is one of China’s Special Economic Zones and an incubator for special reforms in eight industrial sectors: aerospace, oil exploration and processing, food processing, modern metallurgy, marine chemicals, electrical information, automobile and equipment manufacturing and bio-pharmaceuticals.

Tianjin port explosions could be most expensive maritime disaster

Canada Trade and Shipping Outlook
TPM22: What We Learned — Container Shipping in the Crosshairs
Managing E-Commerce From Order to Delivery and Beyond
END_OF_DOCUMENT_TOKEN_TO_BE_REPLACED