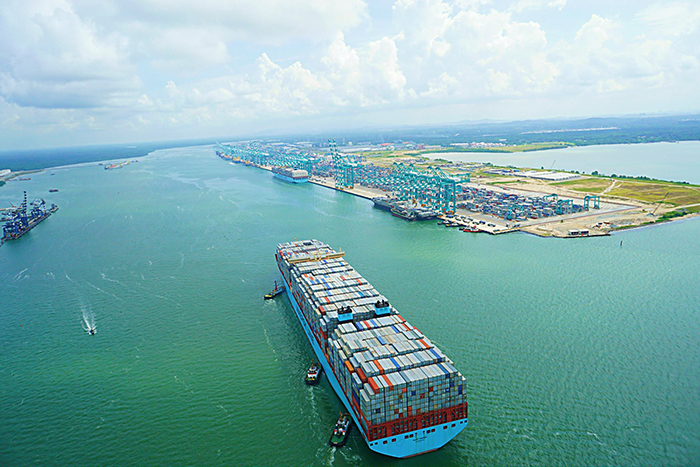 The port of Tanjun Pelepas will spend $2 billion on upgrades.

Malaysia’s port of Tanjung Pelepas, a key transshipment hub developed as an alternative to the Port of Singapore, will invest more than 8.6 billion Malaysian ringgits ($2 billion) to double its capacity to 22 million 20-foot-equivalent units by 2030.

The upgrades at the port will include refurbishing quay and rubber-tire gantry cranes, along with the replacement of existing equipment at the port, which will increase annual capacity to 13.2 million TEUs from 10.5 million TEUs presently, said PTP Chairman Che Khalib Mohamad Noh.

“This will be followed by the development of Phase 3, which is expected to take place in 2018,” said Che Khalib. “Phase 3A and 3B, which consist of six new berths of three kilometres in length, will enable us to increase our handling capacity to 22.2 million teu before 2030.”

The upgrades and expansion will allow PTP to remain competitive with its rivals and eventually emerge as the premiere transshipment port in Asia, Che Khalib said.

Singapore is the world’s busiest transshipment port and it faces stiff competition from other Southeast Asia ports. Singapore’s overall transshipment volumes declined 7.8 percent in the first four months of this year, following an 8.7 percent drop in 2015, whereas its key competitors have boosted their market shares, Alphaliner said.

Singapore is still in a dominant position, however, one that was reinforced by the recent decision of CMA CGM, which is acquiring Singapore’s Neptune Orient Lines and its APL brand, to team up with the terminal operator PSA International, also of Singapore, on a joint-venture to lease and operate four container berths that will handle an anticipated 3 million TEUs a year.

The move is part of the Singapore government’s plan to regain some of the transshipment volumes that have been lost to PTP and Port Klang, another Malaysian port.

Malaysia is currently working on a report with the World Bank to determine how to better use government policy to aid port development and determine what issues are most heavily impacting operations at the country’s ports.

Solving for Uncertainty: A Guide to Variable Transportation Budgets
END_OF_DOCUMENT_TOKEN_TO_BE_REPLACED