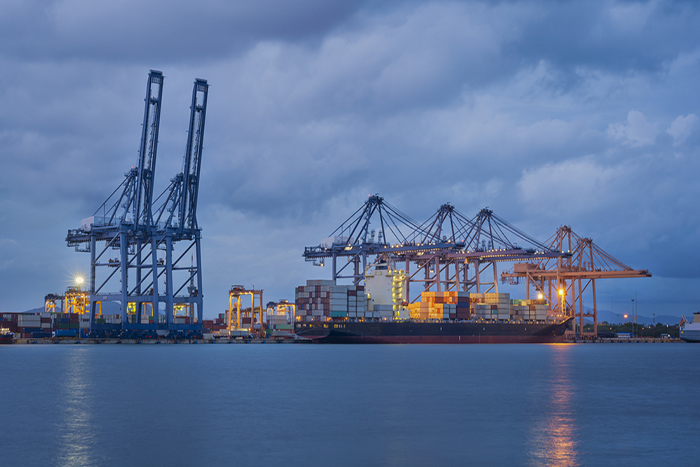 IBM and the Port Authority of Singapore are working to tap so-called Big Data to improve productivity and maritime safety at the major transshipment hub.

For example, by collecting information on ship positions and weather data, the platform will help to avoid accidents by inferring the most likely path ships would take in a given situation. This will also help prevent illegal bunkering by detecting unusual movement patterns.

This application of analytics is described by Tim Greisinger, managing director of IBM Singapore, as the "first of its kind" in handling port data and predicting potential hazards.

"The capabilities that will be created in this initiative are aligned to Singapore's aspirations to be a smart nation, and we are honored to be partnering with MPA in our joint commitment to improve the long-term efficiencies of the maritime industry and enhance Singapore's position as a world-class international maritime center," Greisinger said.

The MPA believes the research will go a long way to enhance maritime operations, notably at the country's next-generation port in Tuas.

"Our collaboration with IBM will see a good mix of our research expertise, software technologies and maritime domain knowledge to create new capabilities for the maritime industry to support Singapore's vision towards a safe, smart and efficient port," said Andrew Tan, chief executive of MPA.

In the meantime, the MPA has taken other steps to increase safety in its waters, launching the National Maritime Safety at Sea Council in Singapore, which is spearheading a drive for maritime safety on a national level and to ensure the sustainability of those safety efforts.

"We all have a part to play in improving safety in our waters, and I am heartened by the strong collaborative effort between MPA, the private sector, and the maritime industry to inculcate a safety-first culture," said Lucien Wong, chairman of the MPA.

The NMSSC will be chaired by Richard Lim and comprise 14 stakeholders from across the industry and serve as an advisory body to the MPA on maritime safety. In the long run, the council plans to collaborate with other organizations and countries to promote a culture of maritime safety in the region.

These efforts were announced during Safety@Sea week, an industry-wide event meant to increase awareness of safety practices and inculcate a safety-first culture at sea.

The Safety@Sea program was launched in November 2014 and in that year Singapore experienced one of its lowest ever incident rates with only 0.005 incidents per 1,000 vessel traffic movements, compared with 0.008 in 2013.

The port is set to record an even lower incident rate for the first six month of 2015 with the most recent figures suggesting an incident rate of just 0.003 incidents per 1,000 vessel traffic movements.

Singapore is the world's second busiest port, handling 33.87 million twenty-foot-equivalent units in 2014, a 4 percent increase from the 32.58 TEUs it handled in 2013, according to JOC.com's ranking of the Top 50 World Container Ports.

A version of this story originally appeared on IHS Maritime 360, a sister product of JOC.com within IHS.