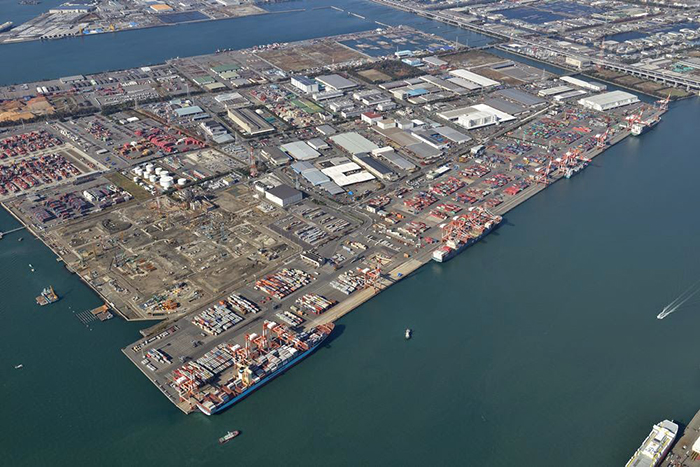 Driven by firm shipments of auto parts and aircraft, the Port of Nagoya in 2015 retained its status as the biggest export hub by value among Japan’s airports and seaports for the fourth straight year.

The Port of Nagoya’s exports rose for the sixth straight year in 2015, increasing 0.9 percent from the previous year to 11.5 trillion yen ($101.6 billion), according to figures from customs authorities.

The growth in the port’s exports in 2015 was led by shipments of auto parts, which climbed 2.1 percent year-on-year to 1.735 trillion yen and accounted for 15.1 percent of the port’s overall overseas shipments.

The Port of Nagoya’s imports totaled 5.4 trillion yen in 2015, down 5.6 percent from the previous year, marking the first decline in six years. The drop in imports was led by crude oil and liquefied natural gas.

Nagoya exports much more than it imports, with the gap between exports and imports amounting to 6.1 trillion yen in 2015, up 7.5 percent from 2014. It was the first increase in two years.

The Port of Nagoya posted the biggest such gap among Japanese airports and seaports for the 18th year in a row.