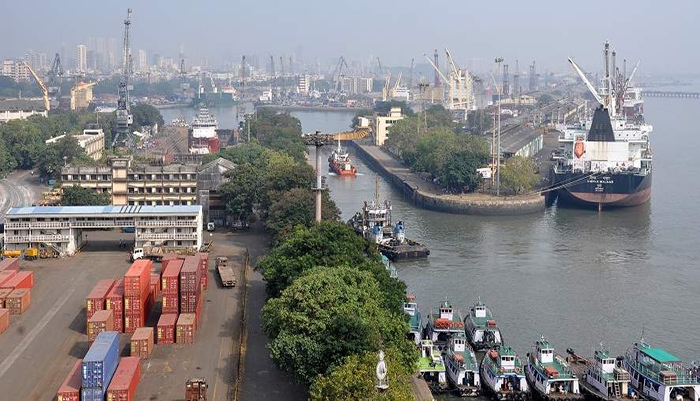 The Port of Mumbai, pictured, is hoping to replicate the results of direct import delivery at Jawaharlal Nehru Port Trust, which drastically cut container dwell times.

Responding to government directives and taking a cue from Jawaharlal Nehru Port Trust, authorities at the nearby Port of Mumbai this week issued a trade advisory calling on shippers to use direct port delivery services for the clearance of their import cargo.

“All importers, who are registered under the accredited client’s program, are informed to avail the direct port delivery facility through Mumbai Port,” the notice said.

DPD is one of several productivity-boosting initiatives that are under way at major ports as the government of India works to scale up its ranking in the World Bank’s Ease of Doing Business survey and cut logistics costs. India was ranked 130 out of 180 nations in the latest report.

At JNPT, the direct delivery process has created significant economic benefits for shippers now that they are able to clear up their cargo within a few hours of landing at the port. As a result, the average container dwell time has fallen drastically for import shipments, to roughly 1.5 days from 11 days previously, freeing up otherwise clogged yard space, according to statistics published by JNPT.

Mumbai Port is one of India’s 12 major public port complexe and in its heyday in the early 1990s the west coast port accounted for nearly half of the nation’s total containerized trade. Available official statistics show Mumbai handled 428,000 twenty-foot-equivalent units in fiscal year 1993 to 1994, when the country’s overall container volumes routed via major ports amounted to roughly 1 million TEUs.

In the past decade-and-a-half, Mumbai has experienced a steady decline in container traffic— from 321,000 TEUs in fiscal 2000 and 2001 to about 41,000 TEUs last fiscal year — as all leading mainline container lines in trades to and from India shifted calls to JNPT.

The Mumbai port authority in an effort to reverse its fortunes awarded a public-private-partnership contract to domestic firm Gammon Group for the development of an offshore terminal, but that project has run into delays and other troubles. After exploring all avenues, including a rebid plan, for completing the long-delayed project, authorities partially opened the privately built infrastructure for the handling of ad-hoc roll-on, roll-off and smaller container carriers.