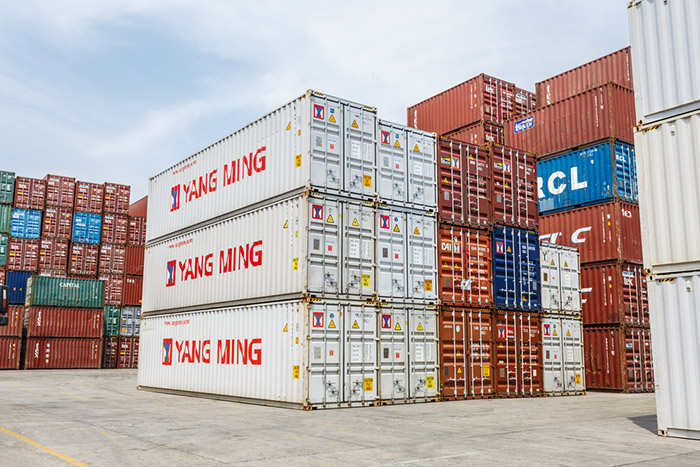 Major ports handled a combined 5.63 million TEUs in the first eight fiscal months through the end of November.

India’s major, or public, ports booked strong growth in container volumes in November, fueled by capacity upgrades and paperless cargo processes that will gain further momentum with the rollout of a single window system in the coming months.

The country’s 12 major ports together handled 702,000 twenty-foot-equivalent units during the month, an increase of 8 percent on the same month last year, the newest port statistics collected by JOC.com show.

Chennai Port, which has suffered months of declining volumes amid chronic truck bottlenecks, fared exceedingly well in November, a sign that some of those productivity issues have eased thanks to automated gate procedures and new rail services. The country’s busiest east coast gateway saw volume expand by 19.5 percent during the month to 135,000 TEUs from 113,000 TEUs a year earlier.

Terminals at JNPT and Chennai load the majority of India’s containerized cargo handled at major ports.

JNPT’s traffic in the April-to-November period totaled 3 million TEUs, up 1 percent from 2.97 million TEUs a year earlier. Chennai’s throughput in the same period was essentially flat year-over-year, at 1 million TEUs.

The growth in port volumes comes as India’s export trade showed signs of a rebound in October after a year and half of monthly declines amid weaker global demand. The value of October exports jumped 9.59 percent year-over-year to $23.5 billion, while that for imports was up 8.1 percent from a year earlier to $33.7 billion, according to provisional trade figures released by the Ministry of Commerce and Industry. The initiation of a common digital platform across all major ports and some of the key minor, or private ports, will help them more easily cope with higher traffic by automating customs clearance, cargo tracking, and various other transactions.

Indian authorities aim to automate all business processes between port stakeholders, including terminals and shipping lines.

The Indian Ports Association, an umbrella body of all major ports, is overseeing the automation drive, which should help to reduce cargo dwell times and shore up productivity levels at these state ports. With ongoing process improvements, JNPT has been able to reduce the average dwell time from a previous level of 3 days to 2.5 days in the past months.

“Ports function as the main hub and all stakeholders push the information to the hubs. After processing, ports send back service-related messages to the stakeholders,” IPA said in a presentation on the single window module.