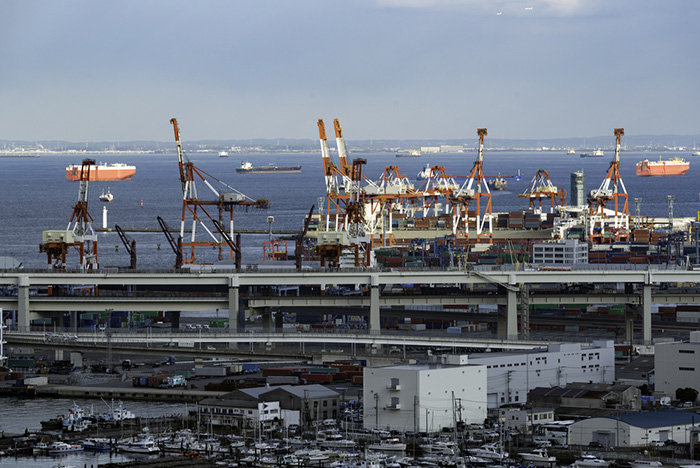 Japanese ports such as Yokohama, pictured, can expect another less-than-stellar year in 2016.

A research outfit affiliated with Japan’s largest freight forwarder expects exports will grow for the first time in two years and imports will shrink for the third consecutive year in 2016.

Nittsu Research Institute and Consulting, a part of Nippon Express, said that the growth in exports will be offset by the decline in imports, with the overall container trade growing just 0.1 percent year-over-year.

The NRIC bases its findings on projected growth at the country’s top eight ports, which together account for about 86 percent of the nation’s overall containerized trade. The ports are Tokyo, Yokohama, Nagoya, Osaka, Kobe, Shimizu, Yokkaichi, and Hakata.

Imports through the eight ports will grow 0.4 percent, reaching 4.8 million twenty-foot-equivalent units as imports slip 0.1 percent to 6.9 million TEUs, NRIC said. The total trade is expected to come out to 11.7 million TEUs for all of fiscal year 2016, which began April 1. The overall trade shrank 2.6 percent year-over-year in 2015.

The growth in exports will be owed to a recovery in shipments to the United States and the 10-member Association of Southeast Asian Nations in the second half of the current fiscal year, NRIC said. Although overseas shipments of auto parts will remain firm, those of general machinery and chemical products will emerge from a prolonged slump in the second half.

Imports of consumer products — the mainstay of imports — will continue to rise in the second half, but not robustly, as consumer spending remains weak, NRIC said.

Imports of general machinery and electric machinery will remain flat or shrink slightly in the second half of the current fiscal year, as growth in corporate capital spending remains sluggish, NRIC said.