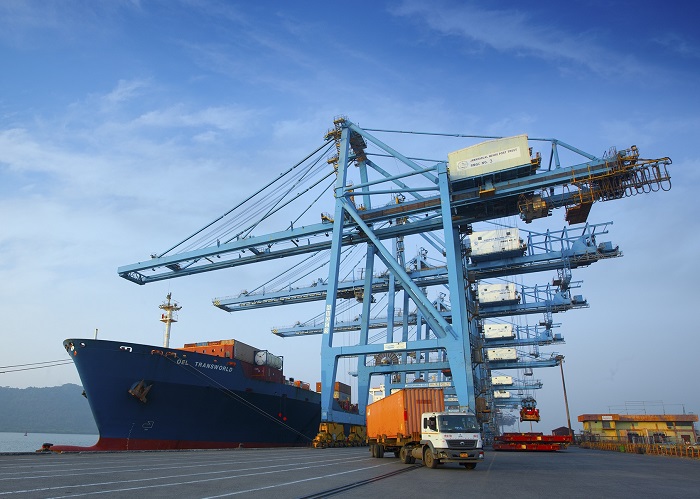 The coalition of unions wants what it termed "three core job issues" addressed, which it says officials agreed to in August 2017. Photo credit: Shutterstock.com.

A consortium of the dominant dockworker unions at India’s major public ports has threatened a nationwide work stoppage May 28, increasing pressure on authorities as they work to find a long-term solution to truck owners’ concern about Jawaharlal Nehru Port Trust’s (JNPT’s) new logistics reforms that resulted in a four-day truck boycott last week.

Unionized dockworkers are essentially seeking wage improvements and better fringe benefits that they argue have not been revised after the expiration of a previous agreement in December 2016. In addition, they are pushing for the implementation of various government assurances that they secured during negotiations in August 2017, following a similar strike plan. That agreement was centered on three core issues — protection of jobs and benefits for existing and retired employees; inclusion of labor nominees on the Major Port Authorities Board; and continued union representation on the administrative board of each port — in the wake of new legislation to transform all major state ports into independent, autonomous bodies.

“When the employees and pensioners are denied their legitimate entitlements, the Ministry of Shipping and IPA [Indian Ports’ Association] have engaged several consultants, who are not even conversant with the functioning of the major ports by insisting the ports bear exorbitant expenditure towards consultation fees under the pretext of port development, which is a futile exercise according to us,” the six-member labor federation stated in its strike notice, outlining dockworkers’ concerns.

The labor federation also warned of an indefinite industrial action on or before May 30, if authorities pay no heed to its charter of demands.

Sensing the impact possible work disruption will have on supply chains, IPA has reportedly invited various labor leaders for talks on May 25.

Roughly 70 percent of Indian container freight is handled via major ports. With infrastructure upgrades, automated processes, and ease-of-doing-business measures, productivity at these ports has increased dramatically in recent years, with JNPT leading those efforts and achieving maximum benefit.

Besides capacity expansion and efficiency improvements, stable industrial relations are more critical than ever, if Indian major ports hope to thwart the challenges posed by their private minor counterparts, which have been making rapid inroads into the market, driven by aggressive shipper outreach efforts and flexible tariffs.

Container Shipping: The Year Ahead
Learn how IFP Corp uses technology to improve operational efficiency and improve margins
US Offshore Wind: Where Is the Market Heading?
END_OF_DOCUMENT_TOKEN_TO_BE_REPLACED