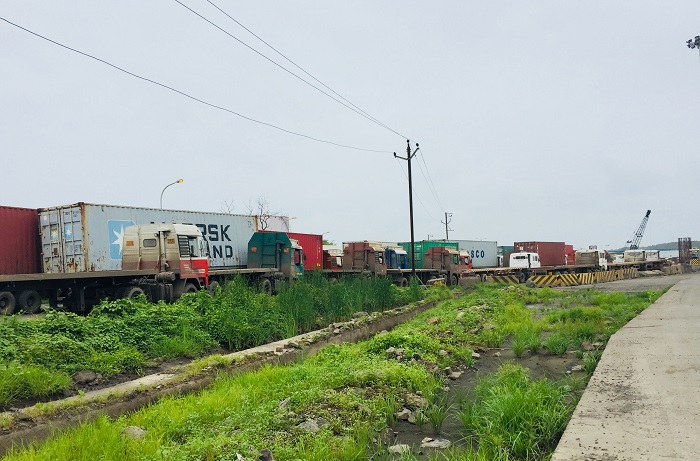 Traffic authorities last week issued a decree suspending truck movement to and from the port between 1700 hours (5 p.m.) and 2300 hours (11 p.m.) until further notice.

The company, which represents almost 40 percent of JNPT’s total volume, said its gate operations have suffered because of the stoppage. “Closure of terminal gates has impacted inbound traffic badly.”

JNPT also sent out a trade notice stating that new traffic regulations/alternative arrangements must be followed by all stakeholders.

Further, the local freight brokers’ association, in a notice, urged its members to plan their movement of export containers and deployment of empty trucks in line with rearranged gate opening hours in order to alleviate congestion outside the terminal.

That the bulk of freight to/from JNPT — estimated at roughly 85 percent — is handled by road highlights the impact of restricted truck flows.

More importantly, that improvement, after prolonged declines, comes as the port has reached out to the regulator Tariff Authority for Major Ports for approval to reset the allotted free period for railed cargo to three days, compared with the current seven-day limit, in order to stay on par with the level for truck traffic. Authorities believe that a drastic reduction in free time will force stakeholders to hasten the clearance of railed containers, whose clearacec performance is currently abysmal, compared with that for truck freight.

That intended progress is essential to improve the port’s overall dwell time efficiency, as the government works hard to bring down logistics costs for domestic shippers. To that end, intermittent truck buildups at JNPT, for one reason or another, have been a cause of worry for port leaders and other stakeholders.