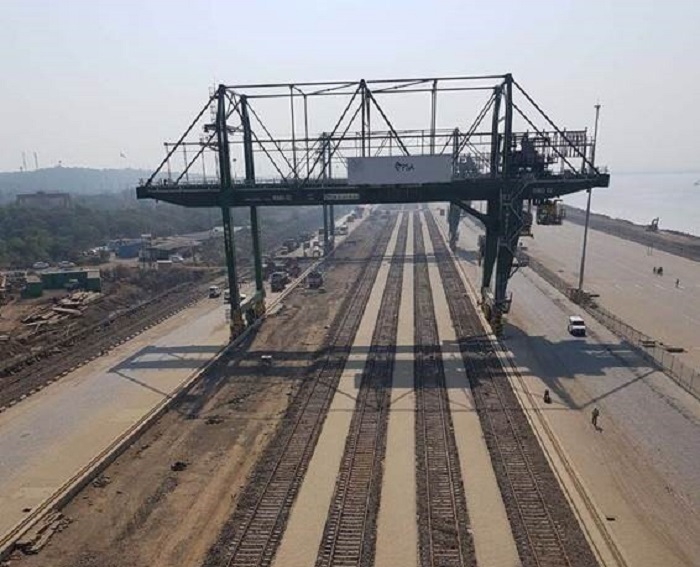 PSA Mumbai said it is keen on working with all stakeholders to increase the share of railed cargo at the port. Photo credit: PSA Mumbai.

Although PSA International appears highly upbeat about growth prospects for its new terminal at Jawaharlal Nehru Port Trust (JNPT), slated to officially open this week, problems regarding readiness of dedicated rail access systems — combined with a lack of cooperation from other, private terminals to share existing infrastructure — could jeopardize those goals, as well as sought supply chain improvements at India’s largest container gateway.

“Considering that Gateway Terminals India [GTI, an APM Terminals facility] and BMCT are separate terminals and there is considerable distance between the two terminals, handling of mixed containers/trains of BMCT on either rail lines will be operationally and commercially unfeasible for GTI,” APM Terminals Mumbai said in a customer advisory.

The company also categorically stated it will not make arrangements to load or discharge BMCT containers on trains serving GTI.

DP World Nhava Sheva, which has two facilities in the port, has also held a similar view in an advisory to container rail operators.

“In handling inter-terminal cargo transfers for our customers, our constant endeavor is to achieve fast turnaround of their cargo. With our operation, we continue to improve the effectiveness of the supply chain of our customers,” the Dubai-based operator told JOC.com, shrugging off the controversy.

Highlighting the operational viability of such joint rail handling between BMCT and other terminals, PSA Mumbai said it is keen on working with all stakeholders to increase the share of railed cargo at the port. “There will be no additional trucking costs, compared to the existing inter-terminal transfer arrangements,” the new operator said.

The 3,426-TEU Centaurus, deployed in the Swahili Express Service — a vessel-sharing agreement between CMA CGM and Emirates Shipping Line in the India-Africa trade — is expected to be first ship to call at BMCT on Feb. 2.

Statistics show the vast majority of train runs to and from JNPT are handled on a “mixed” basis, meaning rail operators are allowed to carry cargoes of multiple terminals and discharge or load containers at one terminal. Although this process typically causes longer dwell times, the upside is that rail logistics providers can operate more services and turn around at a faster pace, given the limited infrastructure at present. However, a common rail yard, on which work is progressing, is expected to remedy those issues.

Despite a raft of proactive measures, JNPT has thus far been unable to make any headway in its road-to-rail freight conversion program critical to relieving growing pressure on port roadways. A JOC.com analysis shows the port’s rail share in December edged down to 14.2 percent from 14.5 percent in the previous month, with April-to-December average pegged at 15 percent, versus a 25 percent target goal set by the government.

US LTL carriers see ‘gradual’ improvement in dismal May